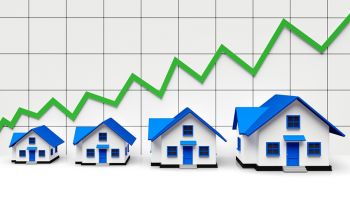 Fannie Mae  and Freddie Mac had a day to remember as institutional investors received some encouraging news of a legal win that could allow them to have access to several billion dollars in corporate profits.

If that were not enough, Treasury Secretary Mnuchin announced that the government has reached a deal to allow the institutions to hold on to a portion of their earnings. The news was received by Wall Street as an encouraging sign that the companies could remove the perceived shackles of federal control.

According to Bloomberg News, Fannie jumped 26% to $3.42 late Monday morning. Freddie Mac rose 25% to $3.22, also its highest level in more than two years.

Mnuchin stated “We expect a near-term agreement to retain their earnings.” This would reverse an Obama policy that repatriated almost all of the institutions’ profits to the government.

Fannie and Freddie backstop close to $5 trillion of home loans, crucial to the housing market. The biggest benefactors to the change in policy will be hedge funds that made long term bets that eventually the Obama administration’s policy would either be overturned by a more pro-business administration or through the courts, which would consider the move unconstitutional.

It seems the hedge funds are getting good news from at least two branches of the government. That said, it could take a long time for things to change, if at all, as the Presidential election is in 2020 and a democratic president would likely keep Obama’s policy in place.