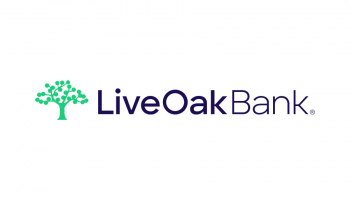 Live Oak Bank – The small business-focused bank has appointed William Losch as chief financial officer, it announced this week. Losch will be responsible for the overall financial management of the company, as well as strategic oversight of its subsidiary Live Oak Ventures.

Losch was previously CFO at First Horizon Bank for 12 years. He succeeds Brett Caines, who will remain at Live Oak in a senior position.

Meanwhile, Tennessee-based First Horizon announced that Anthony Restel would take over as interim CFO until a permanent successor was named.

Texas Capital Bank – Rick Rodman has been appointed to the newly created position of head of business banking. The hire is part of the firm’s commitment to expand its business banking segment.

Previously, Rodman was a partner and managing director of corporate banking at CrossFirst Bank.

NBT Bank – The New York-headquartered bank has appointed Scott Kingsley as executive vice president and chief financial officer. Previously Kingsley served as chief operating officer at Community Bank, and prior to that as the company’s CFO.

Republic Bank – Kentucky-based Republic Bank has hired Jeff Starke as chief information officer. He will lead the technology team and will deliver services for Republic’s employees and customers.

He will also serve as chief executive officer for Associated Trust Company, chairman of the board for the Associated Investment services, and be a member for their executive leadership team.

German American Bank – The Indiana-headquartered bank has made a series of changes as part of a management succession plan. Mark Schroeder is to become executive chairman from January 1, 2022, with Neil Dauby taking over as president and chief executive officer, as well as being appointed to the boards of both organisations.

As of the same date, Bradley Rust will become senior executive vice president and chief operating officer, while continuing his current CFO role.

Schroeder said the changes were “the logical next steps in an ongoing management succession process that the board has been implementing for the past several years”.

Washington Federal Bank – The Seattle-based bank has also made changes related to board succession planning, including the appointment of three new board directors.

Board chair Thomas Kelly and Barbara Smith are set to retire in line with the firm’s policy. Sylvia Hampel, Sean Singleton and Shawn Bice joined the board effective July 1, 2021.

Director Stephen Graham will be appointed as chairman of the board following the bank’s January 2022 annual meeting.