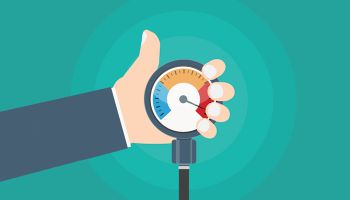 The gap widened this year between the Federal Reserve's estimate of bank performance in a hypothetical recession and how the banks see themselves doing. But the banks did not necessarily have a more favorable view of their abilities to withstand a financial crisis.

Looking across the 34 banks subject to the Dodd-Frank Act stress tests, the regulator-bank gap depended on the metric. On capital ratios, banks saw their balance sheets holding up better than the Fed predicted. But on net income, banks were far more pessimistic than the Fed. The results underscore the difficulty in gleaning insight into what happens to a bank's balance sheet during the stress test.

The difference between the company-run and the Fed-run stress tests was most dramatic in net income before taxes. In aggregate, the 34 banks projected losses of $200.65 billion across the hypothetical nine-quarter severely adverse scenario.

The Fed pegged losses at $111.30 billion, a difference of $89.35 billion. In the 2016 exercise, the Fed was more optimistic but by a slimmer margin, as banks projected losses $39.59 billion larger than the Fed's estimates.

A potential driver of the wide difference comes from assumptions on banks' revenue during a crisis. Modeling revenue during a crisis is a relatively new pursuit for both regulators and banks compared to predicting loan losses, said Joseph Breeden, founder and CEO of Prescient Models, a consultancy that helps financial institutions with modeling and stress testing.

"When trying to compare the bank to the Fed, it's really hard to know which side is better. Certainly, on the revenue side, I'm not sure that either one is going to be very good," Breeden said.

Regulators and banks were not as far apart on capital ratios, though the difference was larger in this year's exercise than last year's. The largest gap on the four key ratios all 34 banks have to report was on total risk-based capital ratios. The Fed projected the average ratio would drop to a low of 13.8% during the stress test, compared to an average low of 14.8% in the bank-run stress tests.

Accounting for rounding, the gap of 99 basis points was larger than a difference of 88 basis points in last year's test and of 82 basis points in the 2015 exercise. Breeden said the broadening gap in results is not necessarily a surprise.

"I don't know if we should expect the differences to shrink. The motivations are different," he said.

Looking at specific companies, the largest banks showed the largest differences in net income. The "big four" banks with more than $1 trillion in assets—JPMorgan Chase & Co., Bank of America Corp., Citigroup Inc. and Wells Fargo & Co.—all reported net losses that were at least $10 billion larger than the Fed-run exercise. Wells Fargo stuck out in particular, showing a net loss of $17.1 billion while the Fed predicted a gain of $4.8 billion over the nine-quarter scenario.

The same did not hold true for the next two largest bank holding companies, both with significant trading operations. Morgan Stanley and Goldman Sachs Group Inc. both reported losses in their company-run stress tests that were smaller than the Fed's expectations.

"Would you rather come in with [more losses than] the Fed? Yes," Cassidy said. "But it's not necessarily a negative if [the Fed's losses are] higher. It's just something you want to figure out why it happened."

This article originally appeared on S&P Global Market Intelligence’s website under the title, "Federal Reserve much more optimistic than banks on stress-test income"