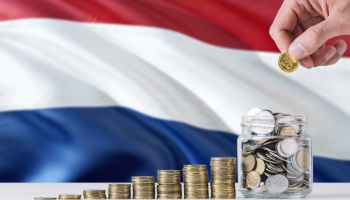 The European business community has often looked with skepticism at the large bonuses with shorter required lock up periods in the United States. The banking industry in particular has had comparatively more restrictions in Europe on exorbitant bonuses.

Even by European standards, the government in the Netherlands has been particularly strict. However, the Dutch banking industry has had a strong reputation overall and the lock up periods and limits on bonuses has not seemed to hurt the Dutch banks find strong talent.

The fintech industry in the Netherlands, however, is not pleased that the government is attempting to put similar restrictions on technology firms in the financial sector. In order to compete in the global technology sector, fintech executives say, the potential for strong, short term equity payouts and bonuses for innovation are necessary.

The Dutch government is proposing even stricter rules for share benefits and bonuses for the financial sector. Unlike other countries, the government does not draw a distinction for fintech companies.

Wopke Hoekstra, the finance minister, wants employees to have to wait five years before cashing out on stock and stock options. Compared with banks, fintech company employees look to stay for a much shorter period of time and are willing to take the risk of working for a fintech start up, sacrificing stability for a higher payout. The work force also tends to be younger.

FD, the nation’s main financial newspaper quoted the CEO of payment company Mollie, Gaston Aussems, as saying “The bill is an obvious a mistake. The fact that we as a payment company fall under this law, was already an error. But until now we didn't really have a problem with it, because our bonuses do not exceed 20 percent. But now he also wants to mess with the fixed wage policy, with the minimum period that you have to hold shares: five years. For millennials, that is longer than their career with one employer."

The laws hurt fintech firms in several ways. First, fintech firms are not just competing with one another, but with other technology firms that do not fall under the compensation restrictions. Secondly, it is easy enough for a technology firm to be located in another country and compete for Dutch financial institutions’ business.

The government could be sending coveted technology jobs to surrounding countries and perhaps even to Silicon Valley where foreign workers can serve domestic financial institutions.