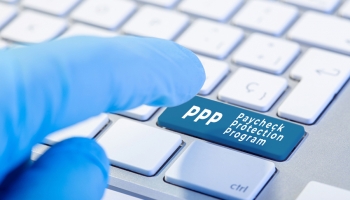 Federal and state authorities have probed Wells Fargo over its handling of Paycheck Protection Program (PPP) loans, according to a regulatory filing from the bank.

In its quarterly report filed to the Securities and Exchange Commission, Wells Fargo said it had received “formal and informal inquiries from federal and state governmental agencies regarding its offering of PPP loans”.

It did not specify which states or agencies were involved and did not provide any further information as to the nature of the inquiries.

Several news reports in the past few months have claimed that the US’s biggest banks have put larger customers first when processing PPP claims, despite promises of working on a ‘first come, first serve’ basis.

JP Morgan Chase, US Bank and Bank of America are also being sued in relation to their handling of the PPP loans, according to a Bloomberg report from April 20.

A survey of 300 small business owners – conducted by payroll company Paychex – indicated that larger companies were more likely to have received their PPP loans as of April 27.

The survey, conducted between April 24 and April 27, found that 29% of companies with 50-500 employees had received payments, while 11% of firms with 10-49 staff had received their loans.

Just 8% of companies with 2-9 staff had received their PPP loans, Paychex reported.

More than half of companies that have applied for PPP loans were still waiting for funding or approval as of the end of April, Paychex’s research found.

Of those polled, 45% said they were still waiting for approval while 17% said they had been approved for a PPP loan but had not received payment.

Just 15% had received their PPP funding, and 7% said they had been rejected for a loan.

In the past few days, banks of all sizes have published their latest PPP lending data: