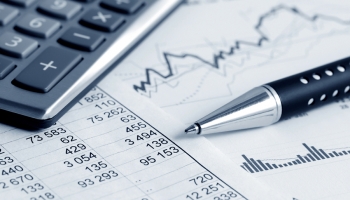 The US banking sector will not be aided by a planned two-year delay to new accounting rules, according to credit rating agency KBRA.

Friday’s $2 trillion economic stimulus package to help the US through the COVID-19 coronavirus pandemic included a delay to “current expected credit loss” (CECL) accounting rules, due to come into force this year.

The CECL rules are designed to take into account the risk of losses over the life of a loan or line of credit, rather than just the immediate financial year.

The wording of the Coronavirus Aid, Relief and Economic Security (CARES) Act – signed into law on March 27 – prevents regulators from forcing banks to adopt CECL for up to six months from the date of the law’s enactment.

The American Bankers Association and other trade groups had lobbied for the delay, arguing that other measures taken since the 2007-08 financial crisis had already strengthened balance sheets. This was despite the rules having come into force for some institutions on January 1, 2020.

In a research report published this week, KBRA said the delay was “already too late”.

While credit losses “will certainly increase” in the months ahead as the effect of the pandemic and government responses takes hold, KBRA said this would not be affected by whether banks use the CECL accounting method or older methods.

“Over time, both the CECL and [previous] credit impairment provision add up to the same amount of loss,” the rating agency said.

“The Financial Accounting Standards Board’s motivation in pushing CECL was to accelerate recognition of credit impairment, not increase the amount of impairment being recognized. Given how quickly the crisis has worsened, with unemployment statistics already rising rapidly to a level that took months to evolve during the last Great Recession, the timeline for impairment recognition under CECL or [otherwise] may not make much of a difference.

“Following the old… model at this point may not help to avoid a potentially significant hit to core capital and… could be worse without the phase-in offered to CECL adopters.”

If CECL was adopted now, KBRA said, it would force banks to increase their reserves and take a hit to their equity, but the rating agency argued that it would also preserve regulatory capital due to a phase-in period granted by regulators.

When the first group of banks adopted CECL at the start of this year, Federal Reserve data showed that reserves across the industry were either not affected or declined slightly, KBRA said.