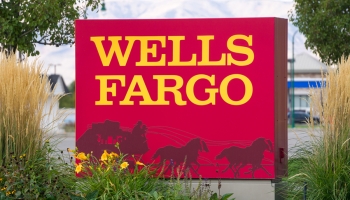 San Francisco based Wells Fargo announced this week that they will join JP Morgan and Bank of America in providing bonus compensation to front line workers.

Analysts anticipate that part time employees in the United States will be hit hard by the economic situation, as there will be massive layoffs coming in the next jobs report.

The good news for a number of bank employees in the short term is that many of them have never been needed more than right now. Employees with jobs related to technology and call centers will continue to have to come into the office or work from home throughout the next few weeks. Those employees will receive an additional $200 per pay period beginning April 17. While the employees will receive additional pay, it will also require work in stressful conditions.

In a sign that Wells Fargo management is also considering what message to communicate not only to employees but also to the public, management announced that it would not pay out profit-sharing 401 (k) contributions. Wells Fargo had already been attempting to heal from previous scandals before the crisis, and the government had put major limitations on its potential growth.

Banks are considered to be exempt from government ordered shutdowns in order to keep the economy going. Call centers and branches have stayed open even in the major areas such as New York and California where the pandemic has hit the hardest. However, a number of banks have announced closings of thousands of branches across the country.

While many community banks are not based in the major cities hit by the corona virus such as New York and San Francisco, their businesses are already being hurt as these banks often fund small businesses and the needs of local communities.

The banks are finding that it is not as easy to mobilize call centers and increased technology demands. While large institutions such as Wells Fargo have crisis management plans in place, it remains to be seen what impact this will have on community banks already under pressure from low interest rates and new competitors.

Additionally, the corona virus has yet to hit major areas of the United States, which will impact local employees.