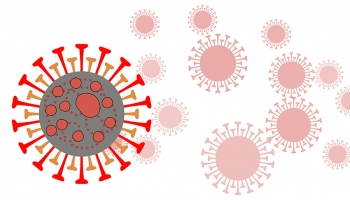 Central banks including the Federal Reserve have issued statements seeking to reassure markets and the wider financial services sector of their preparedness to cope with the impact of the coronavirus outbreak.

The S&P 500 index dropped more than 9% over the course of last week as global fears rose over efforts to contain the virus.

Financial services companies, including banks, saw share prices drop by the most in one week since the height of the financial crisis in early 2009.

Federal Reserve chairman Jerome Powell stated on Friday: “The fundamentals of the US economy remain strong. However, the coronavirus poses evolving risks to economic activity. The Federal Reserve is closely monitoring developments and their implications for the economic outlook. We will use our tools and act as appropriate to support the economy.”

Vice president Mike Pence, who is coordinating the US government’s response to the outbreak, echoed Powell’s sentiments and added that the stock market would bounce back.

Earlier today (March 2), Haruhiko Kuroda, governor of the Bank of Japan, pledged that the central bank would “closely monitor future developments, and will strive to provide ample liquidity and ensure stability in financial markets through appropriate market operations and asset purchases”.

The Bank of England also promised to ensure that “all necessary steps are taken” to protect the UK’s financial and monetary stability from the effects of the outbreak, according to Reuters, including working with other UK regulators and “international partners”.

The People’s Bank of China (PBOC) cut interest rates on February 21 in an effort to provide economic stimulus to the country where the virus first emerged. Many cities in China are in lockdown to prevent the virus from spreading, which is expected to hit China’s economic growth.

As of February 29, there had been 15 confirmed cases of COVID-19 – the illness caused by the coronavirus – and a further seven suspected cases across the US, according to the Centers for Disease Control (CDC). More cases were reported on Sunday, according to the Wall Street Journal.

Banking groups including Deutsche Bank and HSBC have taken action to support staff to work from home, according to the Financial Times and other news reports, while several others have restricted or even banned travel to countries particularly affected by the outbreak, including China and Italy.