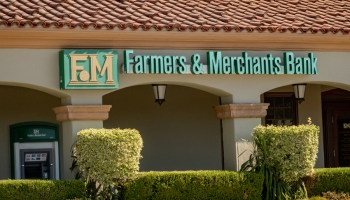 Farmers and Merchants Bank (FMB) has taken on the operations of Nebraska-based Ericson State Bank after it was declared insolvent by the state’s Department of Banking and Finance (NDBF).

Ericson’s sole branch reopened under the FMB brand yesterday (February 18), with customers automatically transferred to the new bank, according to a statement from the Federal Deposit Insurance Corporation (FDIC).

As of December 31, 2019, Ericson had approximately $100.9 million worth of assets and $95.2 million in deposits. All the deposits have transferred to FMB, and it has agreed to purchase $9.6 million of assets, according to the FDIC.

The remainder of Ericson’s assets will be held by the FDIC to be disposed of in due course. The FDIC said it expected that its Deposit Insurance Fund would pick up costs of approximately $14.4 million.

Despite the cost of the transition, the FDIC said FMB’s acquisition was “the least costly resolution”.

It advised Ericson customers to continue using the same branch to access their money until FMB advised them otherwise.

The NDBF declared Ericson insolvent having monitored the bank “for some time”, the department said in a statement released Friday.

According to a notice of regulatory action against Ericson State Bank’s owners, the NDBF began an “examination” of the bank in April 2019. It found evidence of a number of lending violations involving Jack Poulsen and Debra Poulsen, owners of Ericson’s parent company Wheeler County Bancshares Inc.

The pair were forced to resign following the department’s investigation, the regulatory notice showed.

The NDBF had demanded a capital injection to strengthen Ericson’s balance sheet but this did not materialize.

“When the capital was not replenished, the department was left with no option but to place the insolvent institution in receivership.”

Quandahl highlighted that the “overwhelming majority” of Nebraska banks were in a strong financial position.

FMB, based in Milford, Nebraska, has yet to make a statement regarding the acquisition of the Ericson State Bank branch, but has added it to its list of locations on its website. FMB is owned by Country Bank Shares Inc, which is also headquartered in Nebraska.

Ericson is the first FDIC-insured bank to fail so far in 2020. Four banks failed in 2019 according to the FDIC’s records, including the City National Bank of New Jersey, Resolute Bank, Louisa Community Bank, and The Enloe State Bank.