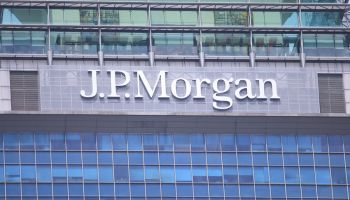 JP Morgan has been exploring the use of blockchain for more than a year, but has now taken on a practical initiative in using the technology. The company believes a blockchain can help keep track of inventory of cars it is financing in part to prevent fraud, but also to improve efficiency. A common concern in auto financing is dealers using the same car for more than one loan.

JP Morgan’s car financing arm submitted an application for a patent for a ledger-based version of floorplan lending, which is in essence a line of credit for car dealers. The car identity can be referenced on a blockchain. JP Morgan is looking for ways in which technology will help improve costs.

The bet is that tracking tens of millions of cars in the United States will dramatically decrease costs by tracking them on a distributed ledger. It is a new move for the use of blockchain technology for JP Morgan in that it will be the first time it will be tested in keeping track of physical inventory. The initiative will be tested as a pilot within certain dealership partners.

The move could transform the way automobiles are being tracked, as well as how to account for financing cars. Reports have shown that auto financing has been less rigid than home lending in terms of its credit standards, and has led to more Americans taking on higher levels of debt. One of the key features will be real-time risk management, and keeping track of dealerships that “double floor”, meaning a double pledge of financing for the same car.

The auto industry could simply be the testing ground for other areas of financing, but the bank identified this market because they felt it was the easiest way to go to market and test its ability to improve market efficiency.

JP Morgan’s Quorum already has an impressive network surrounding the technology. The bank is already preparing for the future of blockchain, despite CEO Jaime Dimon’s skepticism surrounding crypto currency.