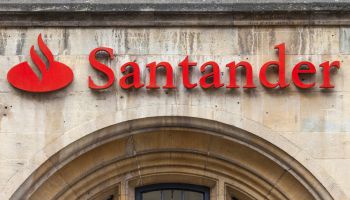 Spain based Santander Bank announced today that it paid almost a half a billion dollars to acquire majority ownership of the United Kingdom based company Ebury. The acquisition is part of the bank’s digital strategy to boost margin growth as banks are being squeezed on traditional profits.

The company is focused on the foreign exchange industry, focused on the middle market. According to Santander, Ebury operates in nineteen countries through more than 100 different currencies. Ebury is looking to open up even more markets in South America, Central America and in parts of Asia.

While the acquisition cost of just over half of Ebury’s business is staggering at almost $500 million, the company was able to demand a high price due to profit margins that are coveted by large banks. Santander optimistically stated that that the bank expects a return on invested capital of over 25 percent within five years.

Global banks are no longer willing to depend on the traditional retail banking businesses for profit. Most banks do not expect interest rates to rise anytime soon, and digital competitors are threatening traditional business models.

It is likely even midsize banks will look to buy scalable businesses that were launched in recent years in vertical markets. In this case, Ebory is looking to a expand to new regions in developing areas of the world, which is consistent with the bank’s stated strategy in recent months. Santander has been aggressively diversifying beyond the European marketplace.

Perhaps what also drew Santander Bank to Ebury is its annual growth of 40%, which they have consistently reached in the previous three years. However, the real key to the acquisitions is what the bank projects it can become. Bank executives are sharpening their pencils (or powering up their mobile phones) and going back to their MBA days by putting together three to five year business plans focused on leveraging their present strength in order to make alliances and acquisitions projecting higher growth.

Banks have the capital and market share to make strategic acquisitions now that they might not be able to make in three to five years.