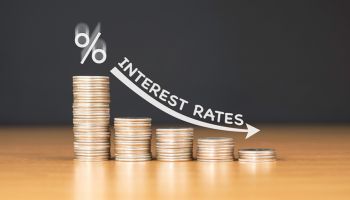 On Tuesday and Wednesday, central bankers will meet for their second to last meeting of the year. All odds are on the net result being lower interest rates. Professional investors currently anticipate lower interest rates to be the result with more than nine in ten betting on a cut.

The federal funds rate has already come down since July by at least .5%. If the analysts are correct, it will be the third consecutive move, something that has not happened in more than two decades. However, the Federal Reserve was even more aggressive between 2007 and 2009 with rate cuts that were at 50 basis points compared to the current 25 basis point cut per move. Some analysts have said that the recent moves have not been aggressive enough to really impact the economy.

The reason for the cuts is signs that the United States economy is slowing down. The previous meetings have been far from unanimous, with several of the central bankers being skeptical about further cuts. Analysts are also not sure that there is a need for lower interest rates. That said, with the market already banking on the move it might rattle markets if the Fed holds steady.

While the Federal Reserve has stated that it has not impacted any interest rate decisions, President Trump continues to advocate for more aggressive cuts ahead of the 2020 election year. He is advocating for even more aggressive cuts. The question for the loan industry is will the lower interest rates actually stimulate economic activity by allowing businesses and consumers to borrow money at lower rates. The downside for banks is that the lower rates can potentially squeeze profits.