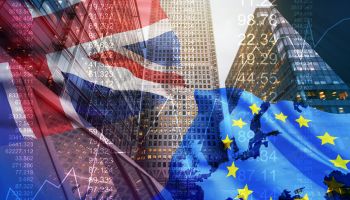 A great deal has been written about the potential impact Brexit will have on the economy, and in particular large banks and other financial institutions.  The United Kingdom has been able to kick the can down the road once again until the fall, but eventually the transition will impact more than the institutional side of the banking industry.

One of the things that could potentially effect financial institutions is ecommerce in all of its facets. Monica Eaton-Cardone — an entrepreneur and IT executive specializing in risk management and fraud prevention—notes that as this drama plays out, there are growing concerns over Brexit’s potential impact on international payments and credit card networks. Eaton-Cardone says merchants must be prepared to pivot at a moment’s notice with regard to changing regulations, obstacles to trade, and even stalled revenue streams, and take proactive measures to protect their business.

On the one hand, EU caps on interchange fees would not be required if and when the United Kingdom leaves.  This effects credit cards, and obviously consumers, as credit card companies are free to set their own fees for UK based customers.

Bankhawk projects these interchange fees would be significantly higher than those charged for current intra-regional (EU) transactions. But that is just one example of how ecommerce will be effected.  “Brexit could have massive ramifications for the retail and payment industries, so eCommerce merchants can’t afford to sit idly by and wait to see how the market shakes out,” says Eaton-Cardone, who serves as Chief Information Officer (CIO) of Global Risk Technologies and Chief Operating Officer (COO) of Chargebacks 911. “If additional surcharges are imposed on card payments, it’s the merchant who feels the pain of lower payments and revenues—not to mention the friction created between merchants and customers by the banks and networks.”

If the British Parliament is able to reach agreement on an amended set of exit terms, and the British government succeeds in negotiating those amended terms with the European Union, Brexit could take place relatively quickly. In the meantime, Eaton-Cardone advises UK-based eCommerce merchants take steps to hedge against any potential post-Brexit fallout:

Fortunately U.S. banks without a strong UK presence do not have to worry about many of these issues, but it is definitely an example of how government policies will continue to effect ecommerce, and the need to be flexible in terms of Ecommerce capabilities in order to adapt to major changes.