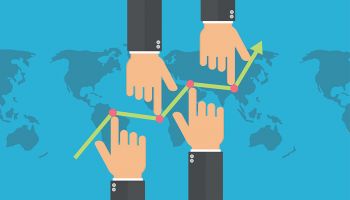 The Mafia. The Cartel. The Bandits Club. These menacing-sounding names bring to mind crime shows and gangster movies, not the Foreign Exchange (FX) market. Yet, the monikers are exactly what these names reference: the FX market. These are just a few of the names unscrupulous FX traders used to reference their nefarious chat rooms where some of the industry’s most influential players schemed and colluded to take advantage of their clients, resulting in the largest FX scandal in history.

In June 2014 Bloomberg News broke the story that FX traders were using electronic chat rooms to share confidential client information in order to manipulate benchmark exchange rates. Operating 24 hours per day, the FX market is the largest and most liquid marketplace in the global economy. In a trading environment where the bulk of activity takes place electronically, instead of on trading floors or exchanges, there was little oversight of how FX trading was being conducted.

Andrew McCabe, the FBI’s assistant director at the time, said: “The criminalities occurred on a massive scale. The activities undermined transparent market-based exchange rates that serve as a critical benchmark to the economy.” The public’s confidence in this market and these globally known financial institutions was shaken. On the heels of another scandal involving the manipulation of LIBOR rates, it seemed clear that the financial leaders had not learned their lesson.

As a direct consequence of this scandal, the Bank for International Settlements (BIS) organized the Foreign Exchange Working Group in May 2015 to establish what is now known as the FX Global Code. Heralded as a means to enact a new age of transparency in the FX markets, the Code establishes a global standard of behavior amongst all market participants, one that supplements legal and regulatory rules governing the FX market. It provides a uniform set of guidelines that participating members agree to voluntarily follow by pledging their support in a Statement of Commitment. It is non-binding and does not impose a legal or regulatory obligation for compliance.

The BIS reiterated that, despite this, it expects the principles in the Code to be understood and adopted across the industry, with firms taking practical steps, such as training staff and establishing appropriate policies and procedures, to ensure compliance.

Out of the FX Working Group was formed the Global Foreign Exchange Committee (GFXC), a global association of FX committees responsible for maintaining the Global Code. The framework and design was a two year collaborative process between central banks and private sector market participants from around the world. Participants included representatives from both advanced and emerging market economies.

Introduced formally in May 2017, the FX Global Code has 55 principles addressing a variety of major issues including ethics, governance, execution, information sharing, risk management, compliance, confirmation and settlement. It also tackles complex topics such as electronic trading, algorithmic trading and prime brokerage. The Code is an extensive, coherent set of guidelines with three objectives:

1. To promote collaboration and communication among the local foreign exchange committees (FXCs) and non-GFXC jurisdictions with significant FX markets;

2. To exchange views on trends and developments in global FX markets, including on the structure and functioning of those markets, drawing on information gathered at the various FXCs; and

3. To promote, maintain and update on a regular basis the FX Global Code (the Code) and to consider good practices regarding effective mechanisms to support adherence.

The GFXC maintains a Global Index of Public Registers (Global Index) that keeps an updated list of all market participants and links to their Statements of Commitment to the FX Global Code. Tasked not only with promoting broad adoption of the code and developing the Global Index, the GFXC also has three working groups - Cover and Deal, Disclosures and Negative Pre-Hedging Examples - to address topics raised in a Request for Feedback on Last Look Practices survey conducted in the fall of 2017.

To date, 12 public registers and 500+ market participants have signed a Statement of Commitment to the FX Global Code. According to FX experts, institutions recognize that compliance with the Code is not a ‘one-step process’, but an ongoing operation requiring constant monitoring. Because it is a voluntary agreement, there are no financial fines or regulatory penalties for violating the Code. So, only time will tell how impactful the Code will be in curbing unethical and fraudulent behavior in the FX market. FX Global Code timeline highlights: May 2017: GFXC formed; Request for Feedback on Last Look Practices published and responses returned by September 2017 December 2017: GFXC survey results published April 2018: By this date, 8 public registers created, with 100+ market participants.