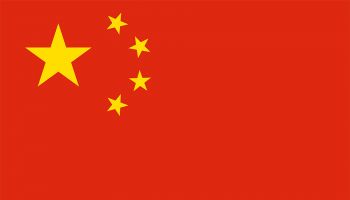 UBS and Credit Suisse are planning to increase their presence in China, even as CEO Jamie Dimon has vowed to bring JP Morgan Chase into a dominant position in the region.  Part of the plan for JP Morgan is to consider establishing a private bank to take advantage of both the business and high net worth market in main land China.

Experts say that Dimon is betting on a more advantageous regulatory climate for foreign banks than in recent years that might level the competitive playing field. While China still falls far behind in average household income compared not only to the United States but most western countries, the country ranks second among all nations with the wealthiest high net worth individuals, according to Forbes magazine.

In addition to the private bank business, JP Morgan Chase is lobbying for a joint venture business in China that would allow them to own the majority of the entity.  The Swiss Banks already have a strong presence in China, and will likely expand due to the loosening of restraints on foreign banks.

The move by main land China to warm to foreign banks may have a negative effect on Hong Kong and Singapore’s financial sectors, as well as its overall economy.  The two regions have benefitted from global banks managing Chinese money offshore, and thus would likely spur these banks to compete on the mainland instead. Several banks are already looking to staff up on the mainland, whereas the red hot market for financial talent in Hong Kong and Singapore have cooled off a bit in recent months.

The Chinese economy has had its slowest growth in decades as of late as they continue to negotiate trade deals with President Trump. Analysts believe the United States is negotiating under a position of strength due to the slow down in China. It is possible that in many ways, China has already made the bet that it is to their advantage to open up sectors such as the banking industry to foreign entities.  It is a strategic move to encourage individual and corporate assets to stay in the country.