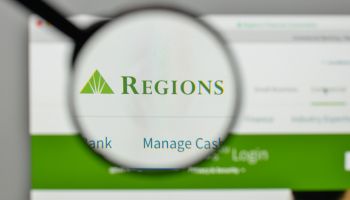 Alabama based midsize bank Regions Financial Corp received a significant increase in investments over the past year from institutional investors, showing interest for the U.S. only bank. The company has a market cap of over $16.2 billion, and recently reported fourth quarter earnings of .37 EPS for the 4thquarter of 2018, a slight tick up in earnings from the same period in 2017. The bank had revenues of $1.44 billion in the fourth quarter alone.

Despite steady earnings, in general analysts have not been overly optimistic about the company with most keeping to a hold ratio with some even downgrading it to a sell. However, that has not stopped several major institutional investors from taking larger positions. Institutional investors including hedge funds now own more than three quarters of the company’s stock.

The following is a list of four large investors that have increased their positions over the past several months.

Regions Financial Corporation, with $125 billion in assets, is a member of the S&P 500 Index and is one of the nation’s largest full-service providers of consumer and commercial banking, wealth management, mortgage and insurance products and services.

So why have institutional investors doubled down while analysts have not been as excited? It could be that large investors see Regions Financial as a potential target for acquisition by some of the largest U.S. Banks. They are big enough to be an attractive acquisition target, being one of the nation’s largest regional banks, and the moderate stock performance can also bring interest from institutional investors. The perception from some investors is that midsize banks will not be able to compete long term with the larger players, and that recent acquisition flow is only the beginning of what is to come.

Deal activity in the banking sector slowed after 2008 as stricter regulations came in limiting an environment appealing for acquisitions. Under the Trump administration, regulations have loosened. Additionally, lower corporate taxes have made experts speculate that acquisitions are about to burst.

However, the bank has shown no indication that it is interested in being acquired, the bank is showing a steady profit, and a competitive dividend for investors.