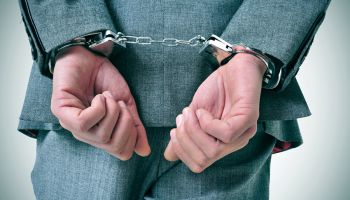 It’s not too often that SARs advance from the BSA department to the mainstream media, but it happened in a big way this week. On Wednesday, a senior advisor at FinCEN was arrested and charged with leaking confidential bank records involving Paul Manafort, Rick Gates, Maria Butina and the Russian Embassy.

Natalie Mayflower Sours Edwards was accused of releasing confidential Suspicious Activity Reports (SARs) to a journalist which resulted in 12 different news stories referencing these SARs starting in October 2017 with the most recent one published in September 2018. One of her bosses is also being questioned.

As you know, SARs are confidential. Anyone outside of the institution’s “need to know” circle are not to know if a SAR has been filed on an individual or entity. Banks are required to inform their board of directors a summary of SARs filed. This can include actual copies of SARs or just a table to detail SARs filed for specific violation types.

There is one exception to this, according to the Federal Financial Institutions Examination Council (FFIEC): “A bank or its agent may reveal the existence of a SAR to fulfill responsibilities consistent with the BSA, provided no person involved in a suspicious transaction is notified that the transaction has been reported.” The details of a SAR can be disclosed to another financial institution to prepare a joint SAR or in connection with certain employment references or termination notices. Even if you are subpoenaed to disclose a SAR or information included in a SAR, you are required to decline to do so, unless specifically directed by FinCEN or appropriate law enforcement.

This confidentiality is something taken very seriously in the BSA profession, by FinCEN and by examiners. The person/people involved in a SAR cannot know if a SAR was filed on them or any information that would reveal the existence of a SAR. Tipping someone off to a SAR being filed on him/her can hinder an investigation and/or allow the person(s) to divert their funds to another institution and potentially continue their suspicious activity.

A SAR is one secret you really want to keep, and no safe harbor provision exists to protect you from violation.

Terri Luttrell is a seasoned AML professional with over 20 years in the banking industry, working both in medium and large community and commercial banks ranging from $2 billion to $330 billion in asset size. Terri is currently Senior Manager of Strategy & Evangelism at Banker’s Toolbox. For more information on Banker’s Toolbox, visit  https://www2.bankerstoolbox.com/BankingExchange.