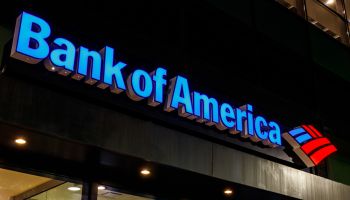 Bank of America reported a less than stellar third quarter drop, falling behind rivals on a number of categories. Investment banking revenue was down 18 percent. Citigroup and JP Morgan did not report similar declines. JP Morgan had a modest one percent slip and Citigroup was 8% down on fees.

But perhaps Bank of America is also being more cautious with how they are doing business. Several bankers have fled the company, it seems, due to a more cautious approach to investing. For instance, they have a 29 percent decline in underwriting debt revenue, which was one of the unpleasant surprises in the report.

But if Bank of America is being beaten because of shadow banks taking higher risks, and attention to detail on regulatory rules and compliance, it may be rewarded in the long term if the market turns for the worse.

When it comes to large bank stocks, unfortunately, sometimes the market can punish responsibility on a quarterly basis if it eats into profit, but turn around and punish the irresponsible in times of crisis.

Perhaps this is one example where quarterly earnings only tell part of the story when it comes to how a banking business should be run.