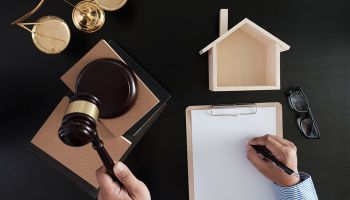 If you wanted to get an unexpurgated, non-spin-controlled, from the gut summary of where Acting BCFP Director Mick Mulvaney is coming from, this excerpt from his on-stage interview at a recent National Association of Realtors Annual Conference works pretty well:

“I get accused all the time of being some outrageous nutjob for actually doing something that I thought every bureaucrat, which for lack of a better word is what I now am, is supposed to do, which is look at the law and then enforce the law.

“If the law says this is against the law, you break the law, we're going to come get you. If the law says you can do this or doesn't say you can't, I'm not going to say, ‘Well, I know the law says that, but really what you're doing is harmful. And it's wrong. And I know Congress never got around to doing this yet, so we're going to do it for them. We are going to make the law.’ We're not doing that anymore. … You have a right to know what the law is before we accuse you of breaking it.”

Mulvaney also said that he intends to look at “unduly and overly burdensome regulations,” which he says he is bound to do by law.

“As soon as I say that,” he added, “people think it’s a dog whistle for being soft on industry, or anti-consumer.”

No more guidance by enforcement

The concept of CFPB’s regulating and “guiding” through enforcement proved a controversy through the term of former Director Richard Cordray and was a key objection the Trump administration had to the way the bureau was previously run.

“We’re still going to go after folks who are breaking the law, and I want to make that perfectly clear,” said Mulvaney. “I’ve been accused by various folks that I’m no longer enforcing the law. Nothing could be further from the truth.”

Mulvaney said the bureau would go after bad actors. He pointed out that the bureau has approximately 26 active lawsuits outstanding and said that in spite of his reputation and his often-controversial revamping of the bureau’s organization, he hasn’t shut those down. He said he could have dismissed all the suits the day he took over, but “I didn’t because I thought some of them were pretty good….”

“I hope that some of the stuff we’ve done since I’ve been here has convinced people that we are still seeking to enforce the law, okay?” said Mulvaney. “But we aren’t going to become the law. We are not going to decide for ourselves what is right and wrong. We are going to look at the statute.” Mulvaney said that he believes that the real aim of the bureau is similar to that of the Securities and Exchange Commission, “to make sure that markets can work.”

Elizabeth Mendenhall, president of the Realtors, interviewed Mulvaney on MaY 15 in a fireside chat before the member audience about the change of command and specific issues. The BCFP acting director—Mulvaney says that the bureau is properly named the Bureau of Consumer Financial Protection and not CFPB—gave candid answers to her questions. Along the way the former congressman and current head of the Office of Management and Budget gave a sense of both his regulatory philosophy and his take on some pending issues facing the bureau.

Here are some additional highlights:

• Bureau structure. Mulvaney continues to favor changing the bureau’s top organization so that it is headed by a five-member commission, incorporating members of multiple parties, rather than a single director of one party. At one point in its evolution on Capitol Hill the bureau had such a structure, but political tides changed. After some banking lobby attempts to make the change fell flat during the Obama administration, the idea was widely shelved.

Mulvaney said a change to a commission or board would smooth out transitions from one administration to another, avoiding wild policy swings.

“Why is this so critical? Because I think a commission will smooth things out,” Mulvaney said. “If you go from Richard Cordray to me, you’re likely to get those … broader swings, where if you had a five-person commission, typically what happens is the party in power gets three, the power in minority gets two, and it sort of smoothes things out.”

Mulvaney thinks the director position is too powerful as structured. He has made the point in testimony and other forums that much of what he does he actually isn’t obligated to do under the letter of the law.

“We are going to work really hard to get Congress to change the structure,” he said.

• Bureau’s reputation. Mulvaney said that the bureau is not yet a “gold-standard regulator,” to use his term.

“We are still closely associated with Senator Elizabeth Warren,” said Mulvaney. “We are her baby, and that elicits tremendous support on one side of the political spectrum and tremendous opposition on the other. And that’s not where a gold-standard regulator should be. A gold-standard regulator should never be accused of being political, and I guess in that sense Elizabeth Warren and I agree.”

Added Mulvaney: Warren said she wanted to create a regulator above politics, but instead launched one that reflected her politics.

“I’m looking to try and figure out a way to get us back to the middle,” said Mulvaney. (He acknowledged during the conference interview that he’s on record as having wanted to kill the bureau, but recognizes that can’t be done.)

• Fair-lending policy and enforcement. Mulvaney has been much criticized for breaking up the bureau’s Office of Fair Lending and Enforcement. He pushed back on that. He thinks attention to fair lending will be improved by his move.

The enforcement functions for the office were moved to the existing Office of Supervision and Enforcement. The education aspect of the office was moved into the Director’s office, which he defended as an elevation of the issue from its earlier status.

• Future of mortgage regulation. Among the many mortgage-related rules that the bureau put in place under the Dodd-Frank Act were the ability to repay (ATR) and qualified mortgage (QM) rules. During audience questions and answers someone suggested that these rules have restricted mortgage credit and could, if tightened any further, bar access to affordable home loans.

He said forcing “square pegs into round holes” interferes with the way markets work.

“You are going to see us try to bring some sanity to the larger market, including QM,” said Mulvaney. He noted that QM falls under the bureau’s statutory requirement to have a lookback at a regulation every five years.

This effort began for mortgage rules in 2017. An inquiry to bureau communications staff regarding the current status of that review was not returned. January 2018 marked the five-year point for the ATR/QM rule.

• Participate in review process. Under Mulvaney a massive process of publishing “RFIs”—requests for information—on many aspects of bureau regulations and practices began.

“Please participate,” said Mulvaney. “I’ve been a little surprised at the lack of participation in a couple of areas.”

He said that one RFI that has been outstanding for a month and a half had drawn only one comment.

“Find out where the RFIs touch on you and send us stuff,” he said, “because it absolutely does count.”