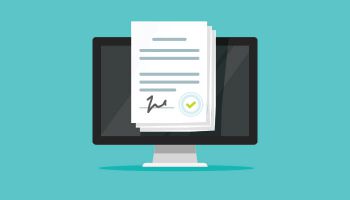 A couple of years ago, John Beccia, general counsel and chief compliance officer at Circle Internet Financial, told attendees at the Money 20/20 conference how it took the firm two years to become licensed as a money transmitter firm in every state—plus a second process in New York because of its then new bitlicense.

Beccia contrasted that experience with Circle’s licensing by the U.K.’s Financial Conduct Authority—done in 90 days and with some technical assistance.

While the fintech national bank charter has a future that is unclear at this point, the proposal of the concept underscored that the advantage of a national charter was avoidance of an experience like Circle’s. The state banking system has begun pushing back.

An initial group of seven states agreed to a mutual compact that standardizes key elements of the licensing process for money services businesses. (The states are Georgia, Illinois, Kansas, Massachusetts, Tennessee, Texas, and Washington. Others are expected to follow.)

CSBS summarized the agreement as follows: “If one state reviews key elements of state licensing for a money transmitter—IT, cybersecurity, business plan, background check, and compliance with the federal Bank Secrecy Act—then other participating states agree to accept the findings. The result is expected to significantly streamline the MSB licensing process.”

Last May, state regulators announced through CSBS a goal of creating an integrated system of fintech licensing and supervision through all 50 states. This lead to the creation of the CSBS Vision 2020 project. Its goals include working with states to harmonize licensing and supervisory practices in the fintech space.

During last November’s RegTech Enable conference, Margaret Liu, senior vice-president and deputy general counsel for CSBS, said that states have been discussing setting up regional and even business-line-specific compacts. This is the first fruit of the discussions.

“You don’t go from 0 to a 50-state-wide initiative overnight,” said Liu at the conference. “You get a critical mass amongst a handful of states that are invested, committed, and that grows. A lot of different things can happen in different parts of the country that aren’t just about creating a new patchwork quilt, but are about working towards something larger on a national basis.”

Beginning of a beginning

In announcing the seven-state agreement, John Ryan, CSBS president and CEO, stated that “this MSB licensing agreement will minimize the burden of regulatory licensing, use state resources more efficiently, and allow for broad participation by other states across the country.” CSBS members have also been working on a major revamp of the group’s Nationwide Multistate Licensing System.