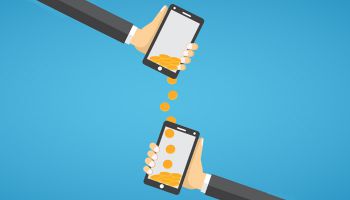 Real-time P2P payments are cool, but experts at a recent Finastra event predict that the real money in moving money that quickly will be on the business side.

The very earliest indications show that real-time payments will soon become a must-have capability for banks, in terms of satisfying customer demand and providing revenue to banks.

“It’s here now, it’s happening, and we need to be prepared for it, because it’s an opportunity for all of us,” Mihail Duta, director of product management for Finastra, said recently during a company user group presentation.

(Finastra is a large financial technology company formed earlier this year through the combination of D+H and Misys, and which offers a wide range of systems for banks. Duta said Finastra could facilitate the incorporation of The Clearing House real-time payment system through bank core systems.)

How real-time payments set the pace

Real-time payment is very different from same-day ACH, Duta stressed. NACHA is in the second year of a three-year implementation plan for same-day ACH. While faster than previous ACH payments, it is acknowledged as not being instantaneous. By contrast, real-time payments are made in ten seconds or less, from start to finish, at any time or day.

“We’re no longer restricted by Federal Reserve hours, closing at 6:30 p.m. Eastern,” Duta said. Users can make or receive their payments at their own convenience in evenings, early mornings, or weekends he said.

“They have already made the investment. They made the commitment that they’ll use real-time payments. They will implement it,” Duta said.

“So let’s think about this for a second,” he continued. “Come [first quarter] 2018, let’s say those 20-odd banks will offer their customers real-time payments as a rail. I think everybody in this room agrees that you probably need to have a similar solution, because customers will see it, will see that it’s available, and will ask for it.”

Duta acknowledged that adoption of real-time payment will go slow at first, but then likely will quickly pick up.

“After the initial sort of slow growth, it’s definitely going to be hot because once both consumers and corporates see the value that this brings, the adoption is going to go up very fast,” Duta said.

“Is it going to happen January next year? Probably not. Well, let’s say a year from now, we’re probably going to have a different conversation about real-time payments as far as adoption is concerned,” he said.

That, in fact, is probably the most urgent reason for banks to consider adopting real-time payment, Duta said.

“What’s the risk of not participating? Well, the competition next door will. So when customers, consumers, corporates come to you and say, ‘Well, what are you doing for real-time payments?’ If you say ‘Nothing, because I don’t think it’s important,’ well, they could go down the street and they’ll get a different answer. Somebody will say, ‘Oh, yeah, we have that.’ So that’s the risk of not participating.”

At first mention, real-time payments practices and technology are associated immediately with person-to-person scenarios, such as paying for dinner or paying a baby sitter. Duta said the real value for banks in the real-time payment area is in business-to-business scenarios—things like last-minute payroll services, paying invoices, or confirmation of funds including the receipts.

“There’s a lot of value in offering this new rail to your customers, not just retail but definitely corporates. And you can charge for it—it’s not obviously a free service,” he said.

Scoping out the “new rail”

Based on experience gained from real-time payment systems in other countries, Duta said there probably will be a maximum set on individual payments at first, likely about $25,000. Within a few months, however, that maximum could be readjusted upward as confidence in the system grows.

As the real-time payment system gets installed, Duta acknowledged that this new rail would have to mesh with legacy infrastructure, such as the requirement for settlement to occur at the Federal Reserve. Banks would have to maintain a prefunded settlement account to provide the liquidity for their customers’ payments.

In reply to a question from the audience, Tim Mills, vice-president of The Clearing House and an attendee of the user group, explained that each bank would have to monitor and analyze transaction patterns and fund the account based on their unique situation.

Such a formula would have high and low watermarks so that when a bank got to a certain funding level, it would receive a warning indicating the need to top up the account, Duta explained.

One area to be examined in the future, Mills noted, is how distributed ledgers, or blockchain systems, could address the infrastructure issues.

“You have to look at what is the best way to accomplish real-time settlement and real-time clearing based on the capabilities that are here today,” he said. “That might look different ten years from now, [or] five years from now.”

Duta detailed other aspects of real-time payments of interest to banks:

• Fewer exceptions. Real-time payments either get accepted or rejected, so there is no need to repair a given transaction, and very little manual intervention.

• Advising. When funds are transferred to somebody, they get a message by text or some other way, alerting them to log in to their bank account to see the funds deposited.

• Ubiquitous availability. The real-time payment system is intended to be available to all U.S. financial institutions.