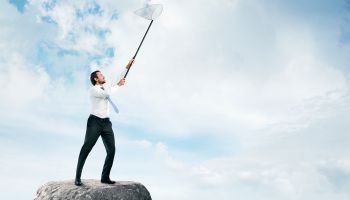 The forces of regulation have their nets at the ready in 2017 for blockchain activity.

Among them: the potential to bank the unbanked or underbanked and blockchain’s movement of financial services towards a decentralized recordkeeping model.

Interestingly, these aren’t as innovative as the technology itself. Democratizing and decentralizing have been championed by many long before even desktop computers’ invention, let alone a blockchain.

Italian-American banker Amadeo Pietro Giannini championed both causes at the turn of the 20th century. Giannini founded the Bank of Italy in San Francisco, one of the first American banks to offer services to the unbanked. (At that time, this meant immigrants and the middle class.) Larger financial institutions frowned on this strategy, but Giannini and his bank prospered.

However, it was an unexpected event, a “black swan,” if you will, that saw Giannini’s institution achieve exponential growth.

The devastating 1906 San Francisco earthquake and subsequent fires destroyed most of the city. Giannini capitalized on the disastrous scenario by offering loans to all citizens, regardless of class, to rebuild. As a result, the Bank of Italy grew in size and status. Giannini’s bank expanded nationally after regulatory changes permitted branching.

Against all odds and through the use of two of blockchain technology’s most advocated concepts, Giannini transformed the Bank of Italy into one of the largest and most powerful financial institutions the world has ever known—Bank of America.

Bank of America’s unlikely origin story depicts a financial services landscape at the turn of the 20th century that is arguably similar to that of today. The desire to increase growth potential, ensure stability, and decrease costs associated with centralized banking practices have given way to the meteoric rise of interest in the advantages enabled through blockchain technology.

The profound interest of traditional, global financial institutions in blockchains has largely been kept at the exploratory stage due to one important realization—the lack of formal regulation and oversight. This lack of regulation has been largely attributed to a desire to avoid stifling the growth of this powerful new technology.

This year may prove to be the year that many have long awaited, the year of blockchain regulation. Of course, some in the blockchain world would bridle at such a thought—it isn’t part of their creed.

Several regulatory developments that appear to be slated to be finalized in 2017 would provide oversight to those who utilize blockchain technology, and, by extension, cryptocurrencies. The following will focus on several higher-profile matters anticipated for the U.S. and Europe.

As 2017 begins, the United States is preparing to continue to advance its fintech regulation framework, building upon state-level rules and moving towards federal regulation.

A key milestone is the Special Purpose National Bank Charter for fintech companies proposed by the Office of the Comptroller of the Currency.

The proposal seeks to level the playing field between smaller tech start-ups and larger established financial institutions. The proposal of the charter acknowledges that fintech companies are already competing with legacy institutions in the marketplace and that federal regulation is required to ensure stability and consumer protection.

The proposal does not specifically define what constitutes a fintech company but does indicate that at least one specified core banking fiduciary duty—receiving deposits, paying checks, or lending—must be engaged in to be eligible to apply. The aforementioned activities indicate that fintech companies, such as cryptocurrency exchanges that receive deposits, would be eligible to apply.

A national-level special purpose charter is viewed by many as a step in the right direction versus state-by-state legislation such as the New York Department of Financial Services’ “Bitlicense.”

Taking this step acknowledges that the expectation of having a small fintech company, that offers remittance services, to register in 48 states as a money service business is unreasonable.

However, the proposal could go further in establishing the following:

• Officially defining what constitutes a fintech company and offering modified regulatory eligibility for different classifications of fintech. (Not all fintech is created equal. A Peer2Peer loan company is significantly different from a cryptocurrency wallet provider.)

• Ensuring that the eligibility requirements are proportional to the size of fintech companies that are seeking to be regulated to ensure that the charter is utilized.

Currently, the Comptroller’s Office is accepting comments on its proposal until Jan. 15. It will be interesting to see how the charter proposal evolves as a result of the commentary.

From Silk Road to Wall Street

One such example is the Securities and Exchange Commission’s ongoing comment period regarding the Winklevoss twin’s (Tyler and Cameron of Facebook fame) request to launch a Bitcoin ETF, the Winklevoss Bitcoin Trust, also known by its Nasdaq symbol COIN.

This request dates back to 2013 with the latest round of extended commentary having ended in late 2016.

Although the SEC has several options to continue to extend the comment period on this filing, it would not be unexpected to see a decision made in 2017. First, the comment period has already been open for some time. Second, the bitcoin ecosystem has matured significantly over the duration.

In addition to the Winklevoss ETF, companies such as SolidX are also awaiting a decision from the SEC on the status of their respective bitcoin ETF proposals.

Furthermore, there are also rumors that the recent launch of dual bitcoin price tracking indexes by the Chicago Mercantile Exchange in Q4 of 2016 are setting the stage for a possible bitcoin futures contract.

It is uncertain whether any of these bitcoin investment vehicles will be approved. However, at the moment they are all possibilities for 2017.

This directive is expected to be finalized by mid-2017 and is, in part, an effort toward strengthening the region’s AML/CTF defenses following the recent terror acts.

The 4AMLD is very prescriptive and targeted. It seeks to designate virtual currency wallet providers as “obliged entities.” This means that they will be required to conduct enhanced due diligence on their customers, as well as detect, report, and disrupt suspicious activity.

However, as comprehensive as the directive is, the European Central Bank has indicated that the legislation did not go far enough. It has provided commentary that included the following:

• The Euro is the single currency of the Union’s economic and monetary union.

This commentary highlights the commitment of the ECB to maintaining a cohesive union and is most likely in response to the risks posed by the unprecedented events which occurred over the past 12 months. This includes the United Kingdom’s recent exit from the E.U. and the rise of populist movements across the globe.

A quote from Association of Certified Anti-Money Laundering Specialists (ACAMS) taskforce member Peter Warrack comes to mind when reviewing the possibilities for the year ahead:

“The ‘blocktrain’ has left the station and it’s time to get onboard.”

This year is shaping up as a breakthrough year for blockchain and cryptocurrency regulation. The initiatives underway in the U.S. and Europe highlight just a few of the global regulatory initiatives that are being set up to accommodate this emerging phenomenon.

The quest to create financial stability and ensure consumer protection is being driven by the changing market place. However, the agents of change in this instance are not blockchains themselves but the individuals who embody the entrepreneurial spirit and innovative mindset of those like Amadeo Pietro Giannini.

It is forward thinking people like today’s Gianninis who create the need for regulations to change by first changing the playing field.

Comptroller of the Currency Thomas Curry, in his Dec. 2, 2016, remarks regarding the special purpose national bank charters, addressed this:

“… the reality today is that the 4,000 fintech companies out there are already competing with national and state banks, without regard to any of the national bank responsibilities and under a patchwork of supervision.”

These comments were directed to those who perceive the OCC’s proposal as giving an unfair advantage to fintech companies over existing financial institutions.

Furthermore, it highlights the fact that whether or not 2017 proves to be the year of blockchain regulation, the playing field has once again been changed and that formal regulatory guidance at this point is inevitable. 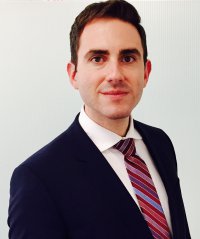 Joseph Mari is the senior manager of major investigations in the Anti-Money Laundering Financial Intelligence Unit (AML FIU) at Bank of Montreal. He is responsible for coordinating complex cross-compliance investigations on an international client base, as well as leading risk intelligence initiatives associated with money laundering and terrorist financing. Additionally, Mari is an in-house subject matter expert on blockchain and cryptocurrency, with particular focus on regulatory issues.