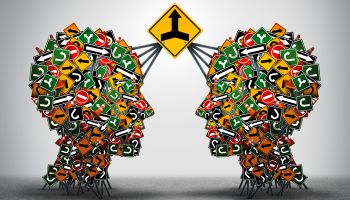 After a slow start this year, bankers in the South say M&A discussions have picked up.

Plenty of Southern bankers have expressed an appetite to pursue acquisitions, but some noted earlier in the year that obstacles stood in the way, including disagreements over pricing and concerns over targets' energy lending exposure.

Since then, oil prices have stabilized and energy-related problems have not yet reached the level some feared. Persistently low rates, meanwhile, continue to challenge bank profitability, spurring deal talks.

"A couple of months ago, things kind of died down. Today, there seems to be a whole lot more activity," David Zalman, chairman and CEO of acquisitive Prosperity Bancshares Inc., said at the KBW Community Bank Investor Conference last week.

Other acquirers share the sentiment. IBERIABANK Corp., which has operations across the Gulf South, noted during its second-quarter earnings call in late July that its M&A outbound calling efforts have not changed but said it has received more calls from potential sellers recently.

"On the inbound calling side," said John Davis, senior executive vice-president and director of financial strategy, "the activity has picked up quite a bit … over the last couple of months."

Dating and flirting, not many marriages

M&A activity in the South thus far has trailed the levels witnessed last year. Through Aug. 7, just 22 deals had surfaced in the Southeast, Louisiana, and Texas, down 33% from the same period a year earlier. The number of deals across the U.S., meanwhile, has only declined modestly, falling 4% from a year earlier, according to SNL data.

Slower M&A activity in Texas, where concerns over weaker oil prices have constrained deal activity, has contributed to the decline in Southern bank M&A. Deal activity has fallen roughly 35% in the Lone Star State, while M&A has been healthier in other parts of the South such as Virginia, which has already matched the number of deals announced during the full-year 2015.

More deals could come in Virginia, where bankers say M&A talks are frequent.

"There is just a lot of dating going around the marketplace right now," Joe Shearin, president and CEO of Tappahannock, Va.-based Eastern Virginia Bankshares Inc., said at the KBW conference. He noted that another Northern Virginia-based bank, Access National Corp., told a similar story earlier at the conference. "You heard [Access National CEO] Mike Clarke say he's dating a lot."

G. William Beale, president and CEO of Richmond, Va.-based Union Bankshares Corp., also said at the KBW event that there is a lot of "dating and flirting going on," but noted that many would-be sellers believe they are buyers. He said some banks need to be realistic and expects factors such as aging boards, shareholders' desire for liquidity and margin pressure will encourage institutions to consider deals.

Some banks say sellers' asking prices remain too high, even though deal multiples have fallen to a median of 130% of tangible book value in the South from 140% during the same period in 2015. Bank stock currencies have fallen even more over the last year, however, potentially driving a larger divide between buyers' and sellers.

The higher prices of deals in Virginia played a role in Pittsburgh-based F.N.B. Corp. leapfrogging the state when it looked to expand its franchise to the South. F.N.B President and CEO Vincent Delie Jr. said price was among the reasons to avoid Virginia when it decided to purchase of Raleigh, N.C.-based Yadkin Financial Corp.

"First of all, if you look at the price to tangible book on the banks that are in that market, it's elevated pretty much across the board," Delie said on the merger call.

Price remains a barrier to other transactions as well, and likely will keep some buyers from pulling the trigger. Home BancShares Inc. Chairman John Allison has said for some time that many deal prices are too high. Allison said July 21 that he plans to remain disciplined on pricing—the same day F.N.B announced plans to buy Yadkin for 2.3x tangible book value.

"You saw one today get done at over two times tangible book. And they took the buyer down 10% or 12%," Allison said on an earnings call. "I mean the numbers are not working and everybody is getting killed,"

One of the most acquisitive banks in the South, Ameris Bancorp, has also altered its M&A strategy due to price. Edwin Hortman Jr., president and CEO of Ameris, which primarily operates in Georgia, Florida and South Carolina, said he will not stretch on deal pricing since the company has such strong organic growth.

"There are a lot of conversations," Hortman said at the KBW conference, "but we're more disciplined than ever on price."

This article originally appeared on SNL Financial’s website under the title, "Southern bank M&A could be heating up"