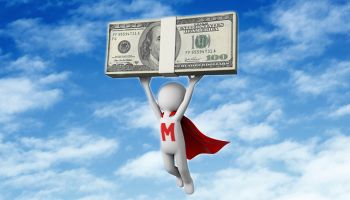 Nearly half of Americans are feeling confident about their ability to save for the future, according to a survey from TD Bank.

The survey asked more than 1,600 U.S. consumers about their saving and spending habits. Given the current economy, the survey surprisingly found that 49% of consumers described themselves as "good savers." Millennials are leading the charge with 56% reporting that they are "good savers," compared with 43% of Gen Xers and 48% of Baby Boomers.

"Conventional wisdom assumes Americans are spenders, rather than savers," says Nandita Bakhshi, head of Consumer Bank, TD Bank. "So it's encouraging to see such a strong commitment to saving across the board, particularly among millennials.”

Among those who wished they were saving more, 42% reported that unavoidable expenses and financial commitments impair that ability. Bakhshi says that only 4% of respondents stated that saving isn't a priority, regardless of their financial situations.

Will golden years be brass?

Retirement represents another key focus for most Americans, with 57% reporting that they are currently saving or investing money for that purpose. Still, a majority of consumers are not confident that they will have the funds to retire comfortably.

The survey found that only 29% of respondents are very or extremely confident that they will save enough to retire comfortably, while 36% list saving for retirement as one of their main financial fears.

Millennials, once again, break away from the pack, feeling twice as confident as Gen Xers in their ability to save for a comfortable retirement (42% versus 20%, respectively).

Generations self-rate on life with a budget

While saving is a top priority, a majority of Americans still report that they are overspending in some areas. Frequently, restaurants were cited as the top culprit in overspending (40%). This was followed by coffee/lunches (23%) and clothing/shoes (15%).

When it comes to retail spending, one-half of all respondents and 69% of millennials surveyed admitted to indulging on impulse purchases. Among the generations, boomers were the least prone to binge-buying, with 49% noting that they "try not to spend outside their budget."

Millennials are not only the best savers, as they report, they're also the most diligent about their budgets. According to the survey, 44% of Americans check their budget once a week or more. This figure climbs to 53% for millennials, compared to 43% for Gen Xers and 37% for Baby Boomers.

"Given the wealth of budgeting resources and technology available today, there's something for everyone for tracking financial habits," says Bakhshi. "Even if you don't actively budget today, the ease of these new financial apps can provide a great point of entry for controlling spending and managing savings."