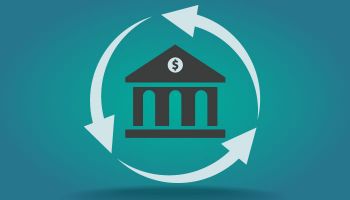 There’s no doubt that banking is a tough industry—Oracle’s co-CEO Mark Hurd pronounced that recently—but it still must adapt to, and adopt, new technologies to cope with the rapidly changing market.

Speaking at the Oracle Industry Connect conference in Washington, D.C., Hurd opined extensively on how the millennial generation is changing many rules for customers and employees; how the cloud must be embraced to deal with the industry’s acceleration; and where banks themselves fit in among all this.

Here are some of the extended and slightly edited comments Hurd gave to the several thousand Oracle employees and customer representatives—from a number of different industries, including financial services—attending the conference:

“Typically, IT has followed the organizational model as opposed to following the customer … A customer is in multiple databases across a bank and the ability to get one view of the customer is quite difficult.

“Now there’s a bunch of regulatory issues and compliance issues … that are hitting, that now exacerbate the siloed nature of the application.

“Banking, in addition to that, has a very large percent of its applications that are home grown…Most of the applications are extremely old.”

“Banking is no different than [other] service providers. I’d like to go to one-stop banks. I’d like to look at all my banking needs through a very simple portal. There are banks that have made some strides in this area, but they are so far behind.

“The only good news in banking is no one has yet emerged as a leader to differentiate itself from the pack. Sooner or later someone will, but, the problem in banking has historically been this: They’ve all made a lot of money. They haven’t felt threatened like the retailer has. Second, historically, in this country, when they are under threat, they merge, as opposed to fighting it out for market share. That’s not going to happen anymore.

“You’re now going to have to do this thing called ʻcompete.’ Then you add the regulatory complexity on top of these stove pipe silos. This is a tough job.”

• Millennials—“While 40% of Americans can leave the workforce in the next eight years, the United States has as many workers coming in as leaving. The problem is that those coming in do things differently than the previous generation does it. Fifty percent of the workforce, by the time we get to 2020, will be millennials. Forty percent could be in the mix by 2016 or 2017.

“They buy differently. They work differently. Fifty-six percent say ʻI’d like to have a flexible job rather than more pay.’

“Americans have always had one view: I’m going to earn more. Not this group. They say ʻI want a more flexible life than my parents.’

• The Cloud—“You hear a lot about the cloud, but what the heck is it and why does it have such a dramatic effect?

“IT budgets are going to change dramatically. You can’t do all the work you’re doing today. Eighty-two percent [of the average IT budget] is spent on maintenance, and only 12% is spent on innovation.

“Inertia is our biggest enemy as leaders. We start doing something and it’s hard to stop … It’s going to drive you to a point where you can’t keep up with the dynamism happening in the market around you.