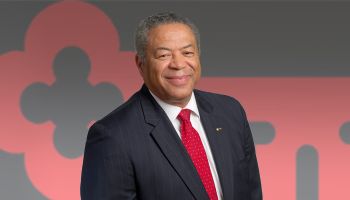 Bruce Murphy’s son, he says, “is proud that he hasn’t been inside a bank branch in three years.”

But Murphy, head of corporate responsibility for $89 million-assets KeyBank, N.A., remains a supporter of the importance of physical branches even as his bank, like many, constantly reassesses the need for physical facilities. It’s part of the balancing act all banks need to master amid today’s heightened regulatory scrutiny and the ongoing need to run a profitable institution.

Murphy points out that branch placement, as well as a bank’s record of openings and closings, are an important part of the large-bank Community Reinvestment Act service test. (The two other large-bank CRA tests are the lending test, which receives the heaviest weighting, and the investment test.)

Branches are where customers can still have the “human touch,” he says, and they remain a key access point for small businesses. But beyond their functionality, branches represent a symbol, he says, of a bank’s stability in a specific market.

Even in a time when people can bank in many ways besides going into a branch, closing a branch in a low-to-moderate-income neighborhood can raise eyebrows and questions, Murphy acknowledges.

“And if yours is the last branch in a neighborhood,” he adds, “that becomes a critical issue.”

Deciding what to do with a branch can’t be done callously and you have to look at the facts from both sides, Murphy suggests. He points to a recent proposed closing of a KeyBank branch.

Community leaders and customers asked for a meeting about the pending decision and bank leaders agreed. At one point during the give-and-take, Murphy asked for a poll: How many of the people present had been in the branch in the last year?

“No one raised their hands,” Murphy says.

Without volume to support a branch, keeping a full-service operation open doesn’t make sense, says Murphy, an executive vice-president who has served in his post for many years. Earlier on, he managed the company’s Cleveland-area branches.

But as more banks reevaluate their branch systems (see SNL Report: “Snip, snip go branch clippers”), Murphy believes more attention must be paid to the need to provide some level of service in a sustainable way. Kiosks, automated branches, or automated operations with a branch concierge are all possibilities, he says, as technology continues to absorb more aspects of transactional banking.

“That’s the kind of thing you will start to see,” says Murphy. He says KeyBank is working on its own alternative approaches, noting the efforts in this area by PNC and Wells Fargo.

The concept of service is something Murphy has been thinking about a great deal.

“Technology is ahead of people’s understanding of how to use it,” says Murphy, referring to both consumers and bankers. It is an adjustment all parties need to make.

“The regulators themselves are trying to catch up,” he explains. “What is a ‘full-service’ branch today? Regulators are trying to determine what that means in today’s circumstances.”

The business side of the such decisions is only part of the challenge. Earlier this year KeyBank achieved the distinction of receiving its eighth “Outstanding” CRA rating in a row, unmatched by any other large bank.

“My son does everything on his iPhone,” says Murphy, but he says not every bank customer has reached that stage. For some, internet banking is essential, while others still like bank-by-phone service. And some customers still like to deal with a human teller.

“We have to use technology in the right way,” says Murphy.

“I’m often the ‘conscience’ of the company,” says Murphy, giving the short version of his job description. The “conscience” has a lot of help. Murphy has 35 direct reports plus many out in the bank’s branch system whose activities are influenced by his group.

Murphy’s sphere is a wide and deep. He oversees KeyBank’s charitable foundation, which made $17.3 million in donations in 2013. He is in charge of the bank’s efforts in sustainability, “green” effort, and diversity and inclusion. And he is also responsible for Community Reinvestment Act performance and compliance, as well as community development activities.

The eight “Outstanding” ratings in a row is a point of pride.

“That wasn’t by accident,” says Murphy. “That’s clearly by design.”

When CRA ratings—and exam reports—first began to be published during the Clinton Administration, many bankers vowed to go all out for “Outstandings.” Later, some began to feel that to keep that rating required “upping the ante” every exam cycle, and decided maintaining a “Satisfactory” was good enough. Going for the max, they felt, would prove too expensive.

“It’s less about upping the ante,” he explains. “CRA isn’t a compliance function here. We think about CRA as how you go about investing in your communities.” (The company’s annual corporate responsibility report speaks of “going beyond compliance to commitment.”) That ranges from philanthropy to issues of access for low- and moderate-income customers to encouraging and facilitating employee volunteerism to product design.

KeyBank has been reaching out to customers requiring specialized products for some years. Back in 2004, for instance, the company launched a check cashing business. (Banking Exchange featured KeyBank’s efforts in a cover story in 2007.)

The bank’s offerings include the KeyBank Plus suite, which includes deposit, credit, and other consumer products with affordable structures and features. Among other such offerings are the KeyBank Hassle-Free Account. This is a “checking account alternative” transaction account that does not include check writing, and, because of that, no overdraft fees. Instead, customers have free billpay, free online banking, and free access to Key ATMs. There are no minimum balances or monthly account fees.

The KeyBank Basic Line of Credit account is the company’s answer to the need for a small-dollar credit. The product is underwritten as a credit account, as opposed to fee-based overdraft coverage, and can be used for amounts from $250 to $5,000. Customers can link these credit lines to checking accounts to obtain an alternative to covering overdrafts, avoiding fees, and instead paying interest when the line is used.

Murphy says KeyBank has found these types of products to be profitable. Designing such accounts as industry templates or starting points is one of the goals of the Center for Financial Services Innovation. Murphy currently chairs CFSI’s board.

Matching the appropriate products to each customer requires training, according to Murphy. On the other side of the desk, financial literacy helps, and the bank makes extensive efforts to provide programs to educate customers and prospects.

In the interview, talk of these topics inevitably brings the discussion to the Consumer Financial Protection Bureau.

“I know there has been a lot of grinding of teeth about CFPB,” says Murphy. As a bank far beyond $10 billion in assets, Key has been examined by this regulator.

“I have told the CFPB that we know we won’t always agree with it,” he says. “But we are not agitated by CFPB. We believe they will help make us a better company.”

Even where management doesn’t agree with approaches suggested by the bureau, he says, its efforts and programs provide cause for further reflection on how the bank interacts with consumers and how it provides products and services.