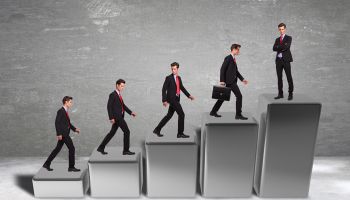 After hitting a valley in 2011, stocks’ price-to-tangible-book value ratios have been climbing again

Banks and thrifts have continued to grow more expensive—as measured by their average price-to-tangible-book value ratios—in the last year, with the industry reaching its highest average PTBV levels since November 2008.

Resting at an average PTBV of 144.83% as of July 26, banks and thrifts have come a long way from the PTBV lows of 2011 when the industry dipped to 89.55%. Furthermore, 295 of the 336 companies considered in SNL’s analysis, or 88%, were trading at a premium to their five-year average PTBV, compared to 64% in SNL’s March analysis, suggesting capital markets have increased confidence in the banking industry's growth prospects.

Average bank M&A deal PTBV growth has not kept pace, however, with deal prices averaging 114.3% of tangible book by the end of the second quarter, still down from a peak of 132.5% in the first quarter of 2012.

United Community Financial Corp. was trading at 3.15x its five-year average, the highest premium of any bank considered in SNL’s analysis. Still, United’s PTBV was 103.81%, well below the industry average of 144.83%.

Intervest Bancshares Corp. had the lowest PTBV of any company in the highest multiple ranking, trading at just 84.33% of tangible book value, a 42% discount to the industry.

Stewardship Financial Corp. was trading at the steepest discount to its five-year average PTBV, a multiple of 0.75. Stewardship has historically traded lower than the industry as well, averaging a 17% discount to the market over the last five years.

The nation's largest banks were trading at an average PTBV of approximately 177%, a premium to the industry average of 144.83%, or a multiple of 1.22. This is only a small deviation from the last five years, where the largest 20 U.S. banks and thrifts have traded on average at a 1.45 multiple to the industry PTBV.

Of the top 20 banks, Regions Financial Corp. was trading at the biggest premium to its five-year average, at a multiple of 1.52. These results are despite Regions’ profits lagging behind Wall Street estimates in the second quarter.

Bank of New York Mellon Corp. traded at the highest PTBV compared to the other largest banks, clocking in at 309.31%. While this is a significant premium to the industry, it is still a discount to its own five-year average of 382.86%.

For instance, if a bank's current PTBV is 150% and it has a five-year average PTBV of 50%, it would be trading at a multiple of three, or a premium to its five-year average. Figures are as of market-closing July 26, unless otherwise specified.

For the purposes of this analysis, SNL only considered public U.S. banks and thrifts traded on major exchanges. Mutual holding companies and companies that had completed second-stage conversions since Jan. 1, 2008, were excluded from this analysis, along with any institution whose PTBV was not available or not meaningful for any trading day over the last five years.