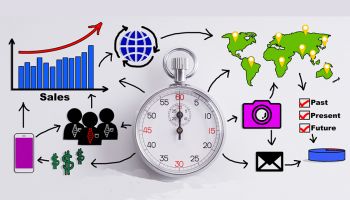 FedNow Service is a proposed high-speed payment system that the Federal Trade Commission (FTC) Rohit Chopra has recommended to the Federal Reserve.

The recommendation comes in light of the proposed Libra cryptocurrency project as the government is urged to take the push as a sign that it must move forward with some reasonable public plan. While the Facebook brand has much to answer to in the United States, its image abroad and the idea of the company launching Libra is met with even greater criticism.

Chopra is not the only one that has criticized the cryptocurrency project, but his statement is reflective of the overall sentiment. He stated, “The vague and scant details on the tech platform’s proposed shadow global central bank have sounded international alarm bells, particularly in light of Facebook’s ongoing scandals and reputation for abuse. The laundry list of risks raised by the Libra project will take time to unpack and address. I share the serious concerns raised by  Chairman Jerome Powell  and  Governor Lael Brainard.”

Chopra contends the answer is a public sector solution to the current payment system. He does not believe in just rejecting the idea outright, but that the United States government should act. The public sector should come up with a solution to respond to the growing demand. Fast payments are going to come, one way or another, and real time payments are inevitable. Technology is moving too fast and demand is too high.

Chopra said, “Regardless of Libra’s ultimate fate, the proposal’s emergence underscores the appetite for real-time payments and the urgency of intervention by the Federal Reserve.”

While Chopra’s solution may be the right path for the government to take, there are no concrete plans on the table as to how it would come about and what steps would be taken to make it happen. Analysts say that it is likely to be several years down the road. However, lawmakers have expressed concern that the dollar could weaken and eventually lose its place as the world’s benchmark currency if China and other nations adopt a digital currency before the United States.

The banking industry needs to make sure it is intimately involved in the discussions as digital currency will certainly impact the United States banking industry. The evidence is clear that China will inevitably go down this road very soon.