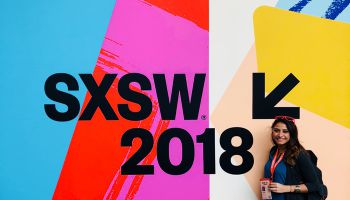 Fintech has become a bigger part of the annual SXSW festival in Austin, Texas, as discovered by Amrita Vir, above, one of our Next Voices bloggers.

Last month, I had the opportunity to attend SXSW in Austin, Texas, as part of my fintech startup’s foray into more mainstream conferences, as opposed to the #fintech #emergingmarkets # financialinclusion conferences that we have been accustomed to attending.

My boss saw SXSW (colloquially,"South By Southwest," or "South By"), as an opportunity to broaden our company’s focus and gain more visibility among the broader, more eclectic technology community. This was my first time attending the Interactive part of SXSW, the track focused on technology, rather than the more archetypal festival tracks of Film and Music.

The Interactive part of the event lasted for six days and nights, with speakers ranging from politicians, tech gurus, and non-profit changemakers. There were panel discussions on “intersectionality” in tech; hackathons on the future of work; free food and music sponsored by country governments; and even art exhibits and meditation rooms when I needed an escape from the chaos of downtown Austin.

The diversity of speakers and attendees was vast, but everyone was eager to get involved and connect unexpected dots.

Of course, I was there to delve into the newest innovations in fintech, so I used SXSW’s scheduling tool to come up with an ambitious list of events that I was determined to attend. The reality was that there were so many events happening in so many different places at the same time that there was no way that I would have been able to attend most of the sessions in which I was interested. However, I was able to attend quite a few sessions that highlighted some of the themes of SXSW summarized below.

This panel was misnamed, in my view. Instead of featuring bleeding edge technological innovations, it featured a set of individuals who came from tech and are now working in more corporate environments. The speakers focused on a few key themes on how big financial institutions struggle to keep up with startups, both on product and process levels.

The speakers talked about pervasive “tech debt,” or big financial institutions struggling to upgrade their technological infrastructure for the long-term while also optimizing for continuing operations. They touched on startups “leapfrogging” financial institutions because they actually listen to their customers to align expectations and reality.

The panelists also talked about “burning platform” tactics used at banks to chase after the next shiny fintech trend—and how this practice is actually corrosive to customer loyalty. They concurred that innovation should be folded into every employee’s job description.

So there were dual messages here. For many of the startups in the room, this session probably made them happy not to be constrained by old-school bureaucratic structures and decisionmaking processes. Similarly, “bankers” in the audience found themselves suddenly aware of the importance of internal processes rather than simple technological innovation.

As a stark contrast to the first panel, this session featured an array of individuals from across the fintech spectrum, including insurance, financial health, and fintech investing. This panel discussed challenges not just for fintech startups, but for the entire financial services industry.

The panel touched on how banks and regulators are fundamentally disconnected from their customers and the role of front-end UX (user experience) in building customer trust. Panelists encouraged fintechs to pay attention to compliance, especially as tech companies are seen as increasingly responsible for the well-being of their end-users. There was also a major theme around financial health of Americans and how incremental innovations in insurance and payments could have a huge social impact.

This panel was much more geared towards Millennials and the diverse set of opportunities and challenges that this generation cares about when assessing not just a singular financial product, but an entire industry. The focus was not simply earning more revenue or beating out the competition, but how we solve fundamental problems through a plurality of methods.

Capital One House at Antone’s

I was impressed to see one of the big banks in the mainstream program of SXSW, rather than just participating on panels or hosting free events. Capital One rented out the well-known Antone’s blues club for four full days, where they held a series of events focused not only on Capital One’s fintech innovations but also an array of topical areas.

Panels included the expected “How Can I Control My Credit Card Footprint” and “The Future of Credit for Business Owners,” as well as some unexpected, thought-provoking, and intersectional panels like “Become a Machine Learning Expert in Under an Hour”, “Elevating Blacks in Tech”, and “Designing with Humanity.” 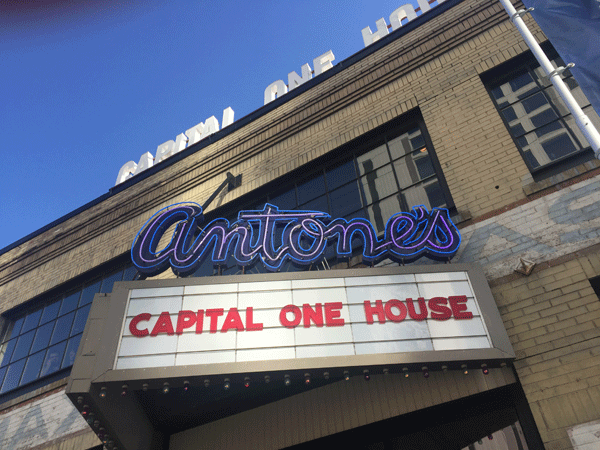 I attended a panel that discussed Capital One’s new chatbot, Eno, which was originally created as a financial rival to Alexa and Siri.

However, Capital One’s AI and Design teams talked about how Eno could actually be the world’s first “disposable” credit card company that protects customers against fraud by creating unique virtual credit card numbers for each customer’s vendors or transactions. The design strives for a seamless customer experience across digital platforms that hopes to deliver more financial transparency to consumers.

I also attended a couple of panels on the applications of fintech for refugees. With 65 million refugees in the world today, it is clear that we are in the midst of one of the worst refugee crises in modern history. It was impressive to see startups using their innovation to serve this largely ignored or even unwelcome group.

“Tech The Borders Down,” a talk by Joséphine Goube, CEO of Techfugees, reminded us that organizations and governments spend more money removing refugees than supporting them. Through a series of hackathons, Techfugees supports communities finding solutions for refugees. Lessons included the need to get on the ground to solve problems with the end customers, not just for them. The need to keep solutions simple is also necessary when working with global innovators—for example, what’s the point of a refugee app if refugees only have access to dumb phones?

The “Blockchain for Refugees: Economic Passports” panel featured Ashish Gadnis of BanQu, who talked about how the blockchain can empower refugees with their own, verifiable data.

As refugees are forced to find new homelands, the blockchain could empower them to access the same resources that local citizens already enjoy. Data that can be tracked by this “blockchain passport” could be linked to credit histories, immunization records, graduate degrees, among many others.

These panels were timely and an important reminder that refugees are a huge market. Even without being in their home countries, they must continue learning, earning, and gaining access to financial resources to be successful in their new, albeit temporary, homes.

Their growth, along with that of many other Mexican startups, is being spurred by a new Mexican fintech law that became effective in March that supports fintech innovation as it relates to crowdfunding, AML, and virtual assets.

Panelists also spoke about the growth of bigger fintech funds in Mexico and the hope to see higher valuation exits in the next five years. The biggest challenge to the market is remittances, where the payments are regulated by the country of origin. While Mexico receives huge volumes of remittances from the U.S., speakers felt that U.S. regulators are moving too slowly to allow banks capitalize on the opportunity.

The “Fintech Needs A Human Touch: Lessons From Africa” panel was another regional panel that opened my eyes about local market opportunities and challenges.

Like Mexico, the payments space in Africa continues to grow. Mobile payment provider Paga shared insights about innovations in Nigeria. Opportunities to link financial services with other basic human needs like energy via solar panel financing have been possible through local partnerships, rather than homegrown solutions or international startup expansion. Small and medium enterprises are also a major market in Africa, so African startups are increasingly moving from B2C to B2SME.

The panelists noted that the biggest challenge is the lack of trust among consumers. This necessitates a large agent network for payments and distribution that is quickly being eliminated in other emerging markets.

At a high level, SXSW was like a carnival for my brain. I was able to learn about a wide set of trending topics from industry leaders, while also enjoying the latest entertainment. It felt like being part of a club for cool industry leaders.

From a fintech perspective, my review is mixed. If I were new to the world of fintech, the discussions may have been revolutionary; as an industry player, the topics were a little stale. While SXSW did not necessarily provide new market opportunities to directly drive revenue, it was certainly an event where banks and fintechs alike could drive a trendy brand image and inspire brand evangelizers to promote their products and services.

More broadly, I was impressed by the growth of fintech’s mere presence as a content area at the festival. Two years ago, there were only a couple of fintech-oriented sessions, but this year, there were at least 20! Since January, #fintech and #sxsw have been tagged together in hundreds of tweets, and actors like Ashton Kutcher and Matthew McConaughey are getting involved. 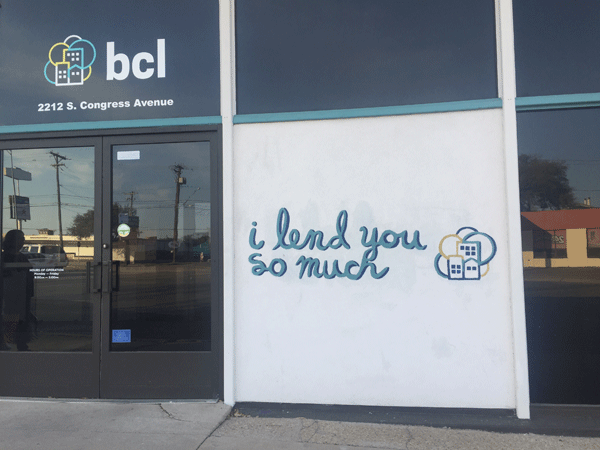 A local lender's play on Austin's "I love you so much" sign.

Overall, SXSW highlighted fintech’s linkages across technology, design, geographies, and social impact. While #fintech at SXSW is still growing in presence, it was a great preview of the industry’s increasingly vital role in the world of innovation. 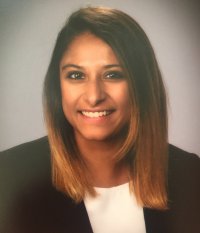 Amrita Vir, a regular contributor to the blog Next Voices, works at Cignifi, Inc., an alternative data analytics startup that uses telecom data in emerging markets for financial inclusion. She has studied at Harvard Business School and the Harvard Kennedy School of Government, pursuing a career in financial inclusion at the intersection of innovation and regulation. Vir was also research assistant to Jo Ann Barefoot, senior fellow at the Mossavar-Rahmani Center for Business and Government and a member of the Banking Exchange Editorial Advisory Board.

More in this category: « Parent’s job: Building money savvy early How do customers really perceive you? »
back to top