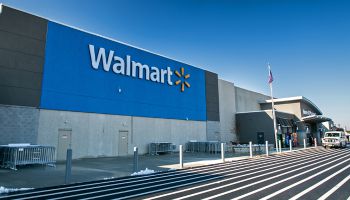 In the second part of a three-part series, “Prairie Economist” Mike Moebs discusses how the competitive landscape for checking is changing. New players are playing a different game on the same game board.

Read Part 1 of this series

Depository checking accounts are falling, yet balances are rising, as the new kids on the block, fintech firms and firms that are categories unto themselves, like Walmart, pick up what is being let go. Most depositories don’t realize Walmart—and soon Amazon—are taking away their key service—checking.

I know the word on the street is that Amazon will partner with a big bank to offer checking. I question this. I think it would be a big mistake for Amazon to partner with a large bank with high operating costs.

Walmart has tested the waters of banking in multiple ways for years. A major thrust now is offered via Green Dot Corp., which through its “banking as a service” platform enables Walmart to provide low-cost checking accounts. Green Dot’s Green Dot Bank, a small state-chartered bank, does not break out the Walmart-related balances in its 3/31/18 call report, but the vast majority of the small bank’s $1.39 billion in deposits consists of transaction accounts. Walmart also offers Bluebird, an alternative to traditional checking and debit. You can see some of the company’s financial choices here.

It is difficult with certainty to trace where those 100 million accounts have gone. A key point to understand, however, is that retailers like Walmart aren’t after balances. They want more customers who will use affiliated accounts like Green Dot’s cards that effectively don’t charge Walmart interchange fees.

Let’s illustrate this from Green Dot Bank’s perspective, using the following hypothetical example. You are a financial institution that is not restricted, because of your asset size, on the interchange fee on a debit card. You charge on average 44¢ for a transaction using a debit card. You distributed the Walmart card and give Walmart a branding fee to promote the card. The branding fee is 22¢ for each transaction. Walmart card users do a billion transactions with you. This means you make $220 million and Walmart makes $220 million. If the retailer Walmart has to pay 44¢ for every retail transaction they get back 22¢ in branding fee. So, if Walmart pays $800 million in swipe fees to merchant banks, providing the fee to Visa, MasterCard, American Express, or Discover and to the cardholder bank. Yet, if Walmart can get their customers to use a Walmart card they get a branding fee which yields them $220 million to reduce its total interchange cost from $800 million to less than $600 million. Everyone wins: merchant bank, cardholder bank, Walmart reduces their swipe fees, and Walmart lowers their price of goods sold by $220M to the consumer.

(Incidentally, in a current investor presentation, Green Dot describes itself as a “technology centric U.S. bank holding company” and calls Walmart its largest retail distributor. In its annual report, it notes that it, not Walmart, holds all of the FDIC-insured deposits generated by the programs it runs with Walmart. Interestingly, Walmart does hold shares in Green Dot via a stock-based retailer incentive program.)

Checking accounts are in a transition period. I believe that the number of depository accounts is declining from competition with nonbank firms that, one way or another, have a piece of the transaction business: Walmart, as illustrated above, Starbucks, and Apple.

“Starbucks?” you ask. Before you next load your Starbucks app or replenish the balance on your card, re-read the agreement you “signed.” Among other points, it notes that the funds are nonrefundable and that they are not FDIC insured. The agreement characterizes the funds as a “prepayment” for Starbucks goods and services. The accounts are considered stored-value cards, and at the end of fiscal 2017, Starbucks had card liabilities of around $1.3 billion riding on its company books. As the balances are used they are counted towards income. These funds are used towards transactions, but they are outside of banking transaction accounts.

Do you use Apple Pay? The Apple Pay Cash option, which among other things can be used for P2P payments, is offered through Green Dot.

Are banks helping money out the door?

This is a taste of what’s out there or coming. The retailers and fintech firms are taking transaction checking away from depositories.

Why? A key reason is that banks are shedding mostly single-service households with free checking accounts with low balances and higher transactions in favor of relationship checking accounts.

Relationship checking is where there are two or more services with one consumer or business relationship.

The relationship dynamic is to have checking become profitable when associated with at least one other money-making service rendering the relationship lucrative. Otherwise depositories are glad to let go of unprofitable, high transaction, low balance, often free, checking to fintech firms and the like.

• Banks, thrifts, and credit unions will often consider those checking users who do not maintain a high balance and simply transact through their checking accounts to be unprofitable.

• Nonbank firms welcome relationships with small balance checking users because they reduce retailers’ costs by acting as an offset to the payment of interchange, or swipe fees—Walmart pays millions in interchange each year.

I think banks are being short-sighted and that nonbanks are scooping up accounts the banks will wish they’d kept.

In my final installment, "Handling the changing nature of checking," I examine the consequences of the trends I’ve spoken about. Then I will set out some tactics.

(Mike will respond to questions at [email protected]) 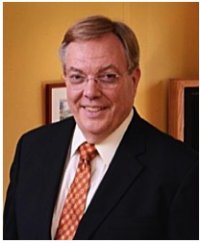 For over 30 years Mike Moebs’ economic research firm has provided data, information, and intelligence to multiple governments, over a 100 news outlets worldwide, and thousands of financial institutions. Prior to Moebs $ervices, Mike worked at several banks as president, COO, and director. His inventions include patents on risk management for loans and overdrafts. In his spare time, he has written 20 books. His uniqueness as an economist with a CPA is from his graduate work at the University of Chicago studying under Milton Friedman. Wall Street, community bankers, and his colleagues know Mike as The Prairie Economist.

More in this category: « Checking undergoes greatest shift since WWII Handling changing nature of checking »
back to top