I was moderating a panel discussion about Open Banking and the panel’s opening was some research presented by Steve Ogborn and Benedict Ireland of the Unlimited Group. The guys said that only 9% of consumers had heard of Open Banking.

I think this strikes to the heart of some of the things I’ve talked about, as in consumers are pretty reticent about banking. They just want a safe store for their money and, once they’ve got one, there’s not much reason to change it.

The fact that a third of U.K. bank customers don’t use online banking and two-thirds don’t use mobile banking, shows that consumers are wary of technology in banking.

Equally, there’s already quite a lot of media brewing to put heavy fear into the customers’ heads about Open Banking.

For example, the BBC wrote this the other day:

Your financial information, such as what you spend and where, and how often you go into debt is private. It is information only available to you and your bank. It has been like that for years, but all that is about to change … Diane Coyle, economics professor at Manchester University, says: “I was, and still am, sceptical about how much people will want to give access to their financial information to third party apps, and surely the steady drip of stories about security breaches since the plan was announced won’t have helped.”

Recent research by Accenture found that 85% of those asked said the fear of fraud would put them off sharing data, and 69% said they would not share financial data with businesses that were not banks.

All in all, consumers are not going to embrace Open Banking easily … or will they?

Depends on the question you pose

I find it interesting that when researchers ask bank customers, “Do you want third party firms to access your bank account data?,” of course most people will say “No.”

However, if you asked them, “Would you like to be able to pay your friends via Facebook Messenger?,” they are more likely to say “Yes.”

If you asked them, “Do you have concerns about Amazon holding your payment details?,” then they have no issue at all.

It’s all about how something is presented.

Many people think they don’t.

However, if you ask folks whether they make in-app purchases for games on their phone and they say “yes,” without realizing or thinking that this is a mobile payment.

Where will Open Banking lead?

We live in intriguing times. Most think Open Banking is a good thing, however, and it enables banks to share customer data in either an anonymous form or, with permission, in a form where a customer’s trusted apps—Facebook, Amazon, Apple, and more—can leverage the information to deliver more frictionless experiences.

As with all regulation, there is the law of unintended consequences. Regardless of any research I see or read, I think the unintended consequence of Open Banking is that everything a bank does today will be democratized and distributed into 1,000 fintech firms and trusted social and commercial apps from Uber to Starbucks.

Just don’t trust some of these guys with your data. Be warned.

This blog is taken with permission from The Finanser, Chris Skinner’s blog, where it appeared under the title, “91% of consumers have no idea what Open Banking is” 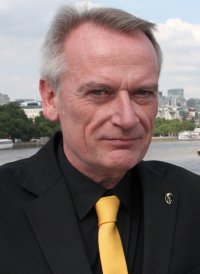 More in this category: « You can’t “wake up and begin to innovate” To avoid hype, think customer experience »
back to top