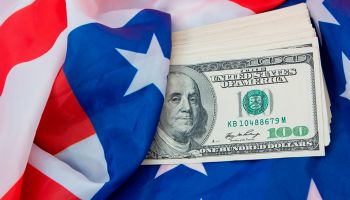 The Financial Stability Board (FSB) is an international regulatory banking organization. It is composed of 24 countries like the U.S., the U.K., China, and Japan; and 12 international regulatory organizations like the International Monetary Fund, OECD, and the World Bank. It is chaired by Mark Carney, the Governor of the Bank of England. There are three regulators representing the United States. They are Nathan Sheets from the Treasury Department, Daniel Tarullo of the Federal Reserve, and Mary Jo White of the SEC.

One of the functions of the FSB is to ascertain which of the world’s largest banks represent the greatest systemic risk to the global financial system.

In its latest ratings, released Nov. 21, the FSB concluded, with the agreement of the United States regulators, that the United States banks constitute the biggest threat to the global financial system. In fact, the Board raised the risk rating on three U.S. banks while lowering it on 2 British banks and Morgan Stanley.

In taking this action the FSB, with the concurrence of the United States, indicated its severe difference of opinion with the judgments being made in the market place. In recent months, the problems at Deutschebank and other European banks dominated trading in financial institutions. Similarly, the U.S. banks traded up as examples of the comparative safety of these institutions.

The FSB, with the concurrence of the U.S. bank regulators, says no, no, no, it is the Americans that are at risk, not the Europeans.

In fact, Mark Carney of the Bank of England and the FSB Chairman, had the risk rating on two British banks reduced while he raised the rating on three U.S. banks. The Chinese, who are currently dealing with the biggest real estate loan problem in their histories, are viewed as the safest of all.

U.S politicians and the press are very satisfied with these actions. The President and the President-elect have no comments on what has been done. There seems to be zero understanding as to what these rating changes mean to the United States economy.

In fact, Senator Schumer (D.-NY) was so unconcerned that he reiterated that as leader of the Democrats in the Senate he will certify that the Dodd-Frank Act will not be repealed, implicitly agreeing that the U.S. banks were not so safe.

The current ratings are as follows. The bolded companies have had their ratings increased. The italicized ones saw a rating decrease. An increase in rating means a demand for additional capital. The percent shown indicates the amount of capital required as a percent of risk weighted assets for the listed banks.

The new capital buffers are as follows:

Some interesting comparisons are as follows:

• The Industrial and Commercial Bank of China has $3.5 trillion in assets and is believed to have significant loan loss issues. Its buffer is 1.5%. JPMorgan Chase has $2.5 trillion in assets and what is believed to be a fortress balance sheet with unusually low loan losses. Its buffer is 2.5%. This gives the ICBC a significant competitive edge over JPM in global markets.

• HSBC is an international bank that was initially created by the British with a Hong Kong home office. It has $2.6 trillion in assets. Citigroup has $1.8 trillion in assets and a pristine balance sheet. Its buffer was raised to 2.5% (thank you, Daniel Tarullo) or the highest in the world, due to its international risks. HSBC’s rating was lowered to 2.0% (thank you, Mark Carney).

• Unicredit is a large international bank; largest in Italy whose banking system is in crisis at the moment. It has $1.0 trillion in assets. Its buffer remains at 1.0%. State Street Corp has $0.3 trillion in assets. Approximately 71% of its assets are deposits at the Federal Reserve and securities, most of which are backed by the United States government. It is deemed to have the same risk as Unicredit and a 1.0% buffer.

Someone please tell me that this is a fair, non-politicized system, and that the Americans who support these measures are supporting the interests of the United States. Moreover, that someone understands what this means to jobs in this country. 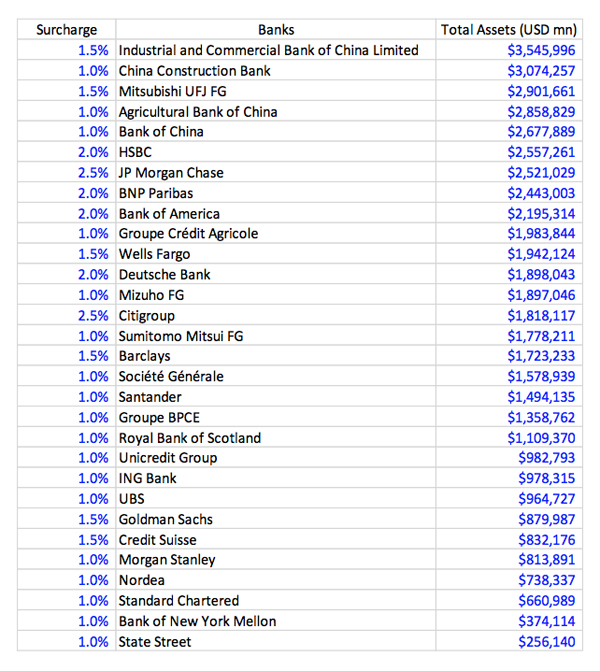 Richard Bove is a veteran bank stock analyst and the author of Guardians of Prosperity: Why America Needs Big Banks (2013). He is vice-president, equity research, at Rafferty Capital Markets, LLC. For more information about his weekly newsletter, Bove's Weekly Financial Comment, email Bove at [email protected]

More in this category: « UK Report: Too many banks? Blockchain is dead, long live the Blockchain »
back to top