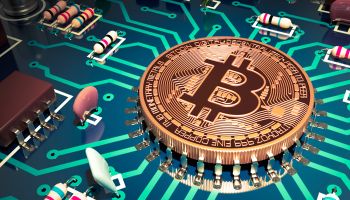 Editor’s Note: When I attended Consensus 2016—a conference devoted to blockchain issues—earlier this year, I was struck by the split among speakers and attendees.

On one hand, some had already written the obituary for bitcoin, the blockchain-based digital currency that gave blockchain a deal of momentum. One key speaker declared that he only owned a handful of bitcoin so he could say that he did. He admitted that he had no idea how to access that bitcoin pittance.

On the other hand, some speakers remained quite bullish on bitcoin. One speaker told the audience that he had put a major portion of his assets into bitcoin. Indeed, I think that he was offering a prize—in bitcoin.

So, write it off? Or double down? The following article came in recently and I found it interesting, and found myself reassessing bitcoin a bit. If you like, share your own views in the comment section at the conclusion.—Steve Cocheo, executive editor & digital content manager

If I had a bitcoin for every time someone told me they didn’t get what bitcoins are, I’d be a very rich person. So, what are bitcoins and why should they matter to you?

What are bitcoins? At a basic level, bitcoins are a type of digital currency, sometimes called cryptocurrency or virtual currency. Each bitcoin is an electronically-stored string of letters and numbers that is the result of solving a complex mathematical problem using software powered by massive amounts of computing power.

But in some ways, this is like describing gold as a soft, yellow metal. Or describing U.S. dollars as rectangular pieces of cotton and linen with words and numbers printed in green ink. At a more fundamental level, like gold or U.S. dollars, bitcoins are money.

Are bitcoins money?  Like U.S. dollars, bitcoins can be saved and they can be used to pay for things. The general framework that economists use to define money allows that anything with certain attributes can function as money—generally it must have scarcity (limited supply), durability, divisibility, verifiability, portability, and fungibility (uniformity).

Gold and U.S. dollars closely track this list. And if you analyze bitcoins against this list, you see that bitcoins satisfy nearly all of these elements:

• Bitcoins have a limited supply. The software algorithm that generates the bitcoins will never create more than 21 million bitcoins.

• Bitcoins are durable. As a electronically stored alphanumeric characters, they’re not subject to corrosion or destruction.

• Bitcoins are divisible to eight decimal places (0.00000001 bitcoin). They can be divided any number of times and without cost.

• Bitcoin transactions are verified nearly instantly in a public ledger, which is visible to anyone for verification.

• Bitcoins are portable. They can be stored on any device where you can store software or hosted in the cloud, meaning you can take them anywhere and send and receive them from anywhere.

What bitcoins don’t possess is complete fungibility, as each particular bitcoin is represented by a particular string of alphanumeric characters .

How do you use bitcoins? Nearly $1 billion has been invested in bitcoin startups since 2013 (with nearly two-thirds of that cash pouring in during 2015 alone).

This has created a good bit of hype around bitcoin, but that mania is subsiding. The current use cases for bitcoins in America are fairly conventional: investing and paying for things.

Investing in bitcoins can be a risky proposition (“speculating” may be a more apt description). The price of bitcoins is incredibly volatile. The U.S. dollar price of a bitcoin spiked to over $1,000 in early 2014. The price then cratered in the year following that, reaching lows near $150. The price been on an upward trend for the past 18 months, and has been in the $650 range over the past few months.

So, if you’re a sophisticated investor seeking asset-class diversification, it may be a good choice.

For the rest of us, the risk may not be suitable.

The second use for bitcoins is to pay for things, primarily online.

If you don’t have or can’t get a credit card, it can be very difficult to purchase things using the internet. Bitcoins can serve as the mechanism for completing these transactions, which can be very appealing if you’re young, unbanked, or unbankable.

Bitcoins as a payment method are particularly useful if you’re seeking anonymity. Bitcoins are often described as “internet cash,” and bitcoins are often used for the types of transaction you might use cash for if you were transacting in person. This means that bitcoins are frequently used to buy illegal drugs or other contraband online or as the currency of choice for online extortion.

Why do bitcoins matter? If you’re not looking to make risky investments or to engage in cybercrimes, should you still care about bitcoins? Yes, because bitcoins have two characteristics that can enable revolutionary changes in how we access money:  bitcoins are trustless and bitcoins are permissionless.

To say bitcoins are “trustless” does not mean that you can’t trust that a bitcoin is real. What it means is that a user does not need to trust any one person, entity, or government to give that bitcoin value. Unlike conventional fiat currency, you don’t need to trust in the full faith and credit of a central government for bitcoins to have value. [Editor’s note: In fact, the advent of government-backed cryptocurrency, such as the hypothetical “Fedcoin,” has been discussed.]

Americans with ready access to U.S. dollars trust the inherent relative stability of their value because we know they are backed by the full faith and credit of the United States.

But if you have lived in or visited countries with less economic and political stability, the benefits of bitcoins become clearer. If you’ve seen government policies that result in devaluing that country’s currency and effectively wiping out the financial well-being of that country’s citizens, bitcoins can present a compelling alternative.

To say that bitcoins are “permissionless” (or “unpermissioned”) means that anyone can access it and contribute to the electronic record, and everyone has visibility into the same exact record.

There is no single access or ownership point for bitcoins. This means it can be completely decentralized, with users located all over the globe. This also makes it incredibly difficult (if not impossible) to censor or restrict or shut down bitcoins. This can be compelling for anyone who has an internet connection but is unable to get a conventional bank account.

But bitcoins are already giving people a new way to engage in the financial system.

• Bitcoins can reduce the friction and cost of foreign exchange.

• Bitcoins can enable “micro-transactions” for those who want to spend a penny or two to “tip” a blogger for a great post.

• Bitcoins can democratize money by transforming a mobile phone into a type of digital bank account, creating new paths for those who may not otherwise be able to access conventional financial systems.

Cindy McAdam is a partner in Goodwin Procter LLP’s Technology & Life Sciences Group and is co-chair of the firm’s Blockchain & Digital Currency Practice. She serves as an outside general counsel to clients, advising entrepreneurs and start-ups, as well as other private and public companies in a wide range of industries. She previously served as president and general counsel of Xapo, a leading bitcoin company.

More in this category: « 10 takeaways on innovation Meet your new competition »
back to top