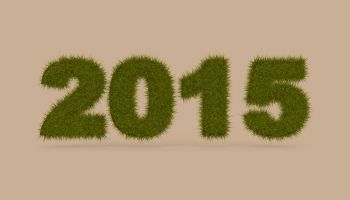 A wave is building, formed of billions, even trillions of dollars in available financing for “green” purposes and projects.

Banks and asset managers have seen an upsurge in the preference for “green” investments, exemplified by the announcement that the Rockefeller family trusts will in the future focus on “cleantech” investments.

The reasons are not hard to fathom. Recent price changes, particularly in prices of solar generating equipment, largely a consequence of China’s vast investment in the technology, have in many cases brought renewable energy into cost parity with energy from conventional sources.

As a result, “going green” no longer need entail a principled sacrifice of investment yield. At the same time, a growing social consensus favors the development of renewable fuel sources and sustainable development, with institutional investors in particular seeing advantages in an opportunity to hedge against or ameliorate the long-term effects of climate change, sea-level rise, drought, and extreme temperature.

As 2015 begins, bankers, who stand at the nexus between these potential investment resources and suitable programs and projects, can consider ways that they can help to facilitate the shift in direction. With that in mind, here are some proposed New Year’s resolutions for bankers and asset managers, offered to suggest ways that they can facilitate the growing connection between financial resources and the “green” investments that have the potential for both social and economic improvement.

Find ways to support industry efforts to refine existing financial structures and develop new ones, in order to reduce friction and accelerate the speed of private sector investment.

Intensive efforts are now under way to refine existing financing structures to accommodate the specific characteristics of green investments, and to develop new approaches. Innovation and testing are under way at the Department of Energy’s National Renewable Energy Laboratory, which is working through its Solar Access to Public Capital unit to establish uniform contract terms for solar projects; The Global Innovation Lab for Climate Finance; Finance for Resilience; and the U.S. governments’ Overseas Private Investment Corp. (OPIC).

Resolution 2. Help define what it means to be green.

Push ahead with deliberation and consultation to establish generally accepted standards for qualified green investments in order to advance the process of bringing this asset class into the financial mainstream. This must be done while recognizing that there is latitude for some degree of disagreement and allowing for flexibility and ongoing organic development.

At the level of financial instrument issuance, the “green bonds” first issued by the World Bank and other multinational institutions, and subsequently by major commercial banks, have been quickly bought up by investors and are considered to have been surprisingly successful.

The phenomena did inspire some market participants to ask precisely what it was that made them “green.” Because there was little in the way of international standards at that point, the only answer in some sense was “because we say they are.”  Since then there have been efforts at many levels to provide standards and generally accepted definitions for this new asset class.

Green Bond Principles were promulgated in January 2014 by a consortium of major international banks and market participants. While relatively succinct and general, these do provide a conceptual scaffolding for refinement and detailed explication.

Think carefully about the appropriate standard for application to new project or efficiency upgrade, including which standard will be most appropriate to a particular project, and get advice from a certified expert on the standards when needed.

Standards for construction and efficiency have been in development for a number of years. The LEED (Leadership in Energy and Environmental Design) green building certification rating system has emerged as an industry leader in quantifying and measuring what constitutes a green building.

Each environmental category contains certain prerequisites and credits. A project must achieve all of the prerequisites, and the credits in each category are assigned a point valuation. The number of credits which a project is awarded determines the level of certification which the project achieves. The levels of LEED certification are: Certified, Silver, Gold, or Platinum.

Another rating system which has emerged in the market place as an alternative to LEED certification is The Green Building Initiative’s certification system, Green Globes. This is similar to LEED in that points are awarded in each credit category which determines whether a project receives from one Globe to a maximum of four Globes.

A significant difference between the LEED and Green Globes rating systems is that Green Globes does not include any prerequisites which must be satisfied in order for a project to achieve certification. Therefore, some projects which may be disqualified from achieving LEED certification due to certain environmental impacts may receive certification under Green Globes.

Energy Star is a rating system developed by the U.S. Environmental Protection Agency that focuses on the energy efficiency of a particular building, rather than its total impact on the environment.

The LEED, Green Globes, and Energy Star protocols represent important benchmarks to establish standards in the marketplace and assure investors that a project is efficient and sustainable.

Resolution 4. Be rigorous on reporting.

The popularity of green bonds and similar investments has not obviated a natural desire on the part of purchasers for the establishment of generally accepted standards and procedures for transparency and for reporting not only on financial results, but also on environmental and social impact.

A number of incipient reporting and environmental evaluation firms and methodologies are vying for broad acceptance. These include the “Second Opinions” available from the Center for International Climate and Environmental Research–Oslo (CICERO) and the audit and verification provisions of the Climate Bonds Standard from the Climate Bond Initiative.

Much remains to be done in this area. Beyond doubt, for green finance to continue to thrive beyond an initial phase of exuberance and become a recognized asset class, it will be necessary for industry participants to complete the demanding work of reaching a general consensus on standards for periodic reporting, including meaningful evaluation of ecological and environmental impact.

Resolution 5. Look on the bright side

Consider that green investing need not be a net cost over time. If handled correctly, it can lead to both social and purely economic betterment.

The New Climate Economy Report, released in September 2014 by the Global Commission on the Economy Climate, makes a persuasive economic case for the proposition that lower-carbon, sustainable development offers better prospects for the future. That is, a future with higher levels of sustained prosperity and well-being, purely on an economic basis. This would factor in the financial costs of dealing with pollution and climate change, health and mortality effects on productivity, and other factors that can be translated into projected expenses and profits.

A growing body of economic theory indicates that intelligent investment choices in the coming years can be a source of not only improving social conditions, but also of more rapid job growth and sustainable prosperity in the years ahead.

Bankers have an important part in the shift toward clean and green investments that’s now under way. While the total amounts involved will represent only a small fraction of total investments in conventional development and energy, the market dynamics moving in favor of these changes in preferred investment allocation, if properly handled, can have profound effects the creation of a basis for environmental security sustainable prosperity in the years ahead.

David Sofge and Anthony Alfonso are attorneys with the law firm of Holland & Knight in Fort Lauderdale, Fla. Sofge focuses his practice on banking and finance law. Alfonso represents developers and investors in real estate transactions and is a LEED Accredited Professional by the U.S. Green Building Council.

More in this category: « Are bank payments “Blockbuster Video”? Gold in business plastic »
back to top