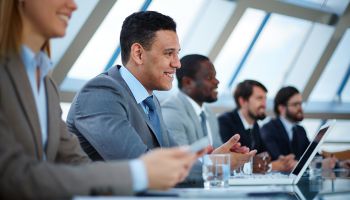 Wells Fargo is in the news again, this time for an investigation into practices in the bank’s wealth management business.

Were customers put into products that were more profitable to the bank and less suitable to their individual needs? It may take a while to get to the bottom of that question. Meanwhile, it keeps the issue of institutional culture alive and in the news.

While I believe that culture is an apt way of describing certain criticized behaviors of Wells employees, I don’t think that the allegations in the news and the actual results necessarily match up very neatly.

The ground floor view of most people when thinking about the customer account opening scandal is that it’s simply a matter of greed. People trying to maximize bonuses, period.

Yet how much talk did we hear about individual compensation through bonuses and spiffs associated with illegal account openings? I remember almost none of that in the specific.

My own conclusion was—and is—that it’s more of a bully issue than a greed issue.

Staff, especially front line staff, were bullied into “making the numbers” and incentives played only a small part.

As one ascends the organizational chart, that relationship tends to be more performance-driven in terms of compensation. Managers are interested in making their numbers in part for the compensation but also due a healthy concern about the pressure from their bosses in being able to “make plan” and grow their responsibilities.

I simply don’t think the Wells story of 2016 is adequately summed up by “greed.”

What does culture consist of?

I like to think of a company’s culture as an environment including a value system that predisposes employees to a predictable way of responding to a variety of stimuli.

But there’s one essential point: Culture is value-laden. Behind any culture is a set of values. In some environments they are well understood, but perhaps less well in others. These values represent behavioral choices.

I have two starkly different experiences, one at each end of my working years.

The first was at The Bank of New York. I joined the bank right out of graduate school in the late 1960s. It was a bank that believed in quality in everything it did. No surprises. Do things right. Be proud of the bank—and make the bank proud of you. You are among the best in terms of workforce and customer base. It was a understated model of dignity and class.

The other came toward the end of my active working years. The bank was owned by a family that worked hard, was scrupulously honest, and tended every dollar of revenue and cost. The owners wanted to be proud of the bank—what we did and the way we did it. Yet they were extremely stingy with resources.

Most of us have run into this along the way at one time or another. This attitude may reflect the peculiarities of an individual department manager or the entire ownership. Do it right—but don’t spend any money. Do it on the cheap.

The best example I can offer of that was when the phone system failed. We had a system that was suited to a smaller bank and a different time. It was well past time to upgrade, but the capital investment was high (or seemed high to those whose approval was needed). I recall that we were talking low 7 figures for a bank of $1.5 billion in assets with about 35 locations.

In any event, the system wasn’t replaced.

And then, one day the phone system simply collapsed with the weight of the incoming and outgoing traffic.

We were the better part of one day with only a handful of lines operating. And this was in the days before cell phone usage was ubiquitous.

It took three days with round-the-clock help from the phone company to get us back into service. When the brand-new system was up and running a few weeks later, we learned that we were accommodating volume 25% higher than before the crash.

Said another way, we had probably been dropping or losing a major portion of our communications with our customers. And that was in a day and time when phone service was the principal contact medium.

The owners kvetched about the cost but never seemed to understand the true cost of what we’d forgone for probably a lengthy period leading up to the system crash.

And this seemed stranger yet as the owners were extremely sensitive to good customer service.

What was the blind spot? A holistic view of costs and benefits and no sense of proportionate damage or benefit. That was the principal driver of corporate behavior and it drove other behaviors with less obvious consequences as well.

So, as we scratch our heads over what to make out of the latest Wells inquiry and tend to lapse into our convenient and predetermined vocabulary word of “greed” let’s remember that culture is like an iceberg. There’s more hidden than showing. Virtually all of it and its consequences are a product of a specific system of values.

Things are not always what they seem. By taking the time to figure out the consequences of events, large and small, we can gain a more nuanced and balanced perspective of the force of culture on our workplaces and on our ultimate results.

Only then can we perform the necessary curative tasks to improve the culture, those invisible steering currents of all business organizations.

More in this category: « Have we lost interest in community banking? Popping the myth of the dull banker »
back to top