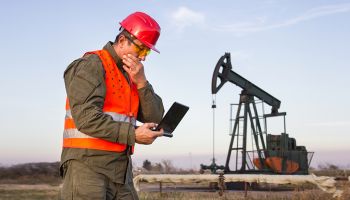 A banker friend reminded me recently that Penn Square Bank failed 32 years ago this past summer.

“That seems like such a long time ago. I wonder if we learned anything useful” was my response.

Post-financial crisis, Penn Square may be an episode forgotten, or hardly known.

But for me, it would be easy to think back about that long-ago event, and all that it entailed, including the demise of a huge American bank (Continental Illinois) and much damage to other institutions. The trouble arose from purchases of loan participations from Penn Square in oilfield credits.

I could lapse into clichés and jargon about the Five C’s of Credit. I could bloviate about the myriad risks that flow from concentrations of credit—concentrations of collateral by type; by size of loan (oil exploration and extraction are capital intensive businesses); by geography; and by the collective ignorance of many of the participants in understanding the specialized risks of the business.

But instead, in thinking about what we learned, my first reaction is to rephrase it:

“What should we have learned?”

The lessons are many. But probably underappreciated both then and since.

Due diligence: You can’t stint the essentials

If there was a singular lapse by the bankers of that day and time (and I am of that vintage, I should add) I think it was a failure of doing anything approaching an adequate job of due diligence.

Look at the list of points never adequately examined:

It was a bank tucked into a corner of the Penn Square Mall Shopping Center several miles from downtown. I moved to OKC two years after the bank failed, but I’ve been in that shopping center many times and clearly remember the site of the bank’s home office.

How could a bank of that tiny scale mount a credible oil and gas exploration operation that would attract loan participations of major money center banks?

It’s implausible in hindsight. But it happened.

The CEO of the bank was a long-time community banker, as I recall the lore of the time. He wasn’t flashy or flamboyant. His principal lieutenant, Bill Patterson, was another matter. More about him a bit later.

• The bank’s rate of growth.

It was enormous in a short period of time. How good was that bank’s back office?  How solid was the underwriting? How do you know? Whom do you ask?

The fact that it was almost impossible to get any reliable, hard information signaling some distress should have been a big red flag.

Were the stockholders notorious risk takers or conservative business people? What were their strategic objectives? Could we identify with them and their plans?

Or would our instincts be to run as hard as we could in the opposite direction?

No one seemed to be asking things like that.

The oil industry in a simplified way is divided into two broad groups—“the major international and integrated companies” such as Exxon, Shell, etc. and the “independents.”

The latter are the smaller players and they in turn range in size from small to enormous in absolute dollars. Their financial capacities and appetite for capital are substantial and grow almost exponentially as the scope of activities increases. At the small end of the scale, these are players often relatively new to the business, lacking depth of human and financial resources.

Often they are inveterate risk takers.

The bank was originally funded primarily by retail consumer deposits but as its lending appetite grew, increasingly funded by brokered deposits. In other words, non-core funding was propelling entrepreneurial activity in the hands of small and often less-experienced players.

One easy way to get a perspective on the breadth of the risks assumed by the bank is to focus on the concentrations. They were everywhere, and created a special class of risk by that measure alone.

Penn Square failed over the long Independence Day holiday weekend in 1982. My wife and I were visiting one of my best friends, whom I had met in the training program at The Bank of New York.

He was living now in Oklahoma City as an independent oil and gas operator and had a substantial credit line from the bank to support his exploration and production businesses. He was clearly “jolted” by the news. I recall he spent a fair amount of time on the phone that weekend on “business.”

Back then I was the credit administrator for a big independent bank in Midland, Texas, and from my vantage point in the middle of the oil field, the industry was stressed and very nervous.

Oil prices had peaked at $41 a barrel the summer before and had slipped to somewhere in the mid-30s by that fateful weekend. The industry thrives on leverage. So a drop of 15% or so in the commodity price of oil was having its impact on the cash flows of some substantial borrowers all over the oil field.

Penn Square’s principal energy lender was Bill Patterson, a young, attractive banker in his early 30s. He was known as an aggressive lender. He was not formally trained as a geologist. Nor did he have other specialized training nor a long tenure at a lending desk that would burnish his credentials as an energy lender. Instead, Patterson was a business developer, par excellence, and had a big following among the “oilies” in and around Oklahoma City.

On one occasion Patterson was seen at a lively social gathering drinking champagne from his cowboy boot. When that tale reached one correspondent banker’s boss back in New York, the word back to the banker was “We don’t do business with people who act like that.”

Patterson had a fun-loving reputation and seemed to be living up to it, according to the locals. There were a number of stories flying around, perhaps truthful but perhaps apocryphal, of extravagant behavior.

Some very large upstream correspondent banks were badly harmed with “junk” deals that Penn Square bank originated. Continental Illinois failed in 1984 as a consequence of such paper, while other marquee names, including Seattle First National and Chase Manhattan were linked to soured loans originated by the bank.

Ripples to today, and beyond

By the time I moved to Oklahoma City in 1984, Penn Square was well in the rear-view mirror, but the damage was extraordinary and long lasting. My own bank, as the largest in West Texas in the heart of the prolific Permian Basin, had failed in 1983. The safety and soundness exam that signaled the beginning of our downward spiral was hastily arranged as a direct consequence of Penn Square’s collapse.

How many otherwise sensible and experienced banking practitioners missed the signs of excess and the reckless abandon with which business was apparently conducted is amazing to me in hindsight.

No one was hiding anything. We just weren’t paying attention.

A reasonable amount—a modicum—of due diligence would have exposed all of this—or at least enough of it to slow down the process and allow our normal instincts to work as they should have.

So the real lesson is that we weren’t trolling for information in the normal places. What were we thinking?

More in this category: « Too much information? In the borrower’s shoes »
back to top