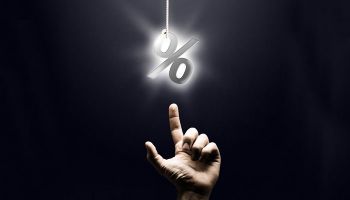 Exploring ALCO issues as the rate curve continues as is.

When it comes to interest rate risk, the big engine that drives much of the overall picture is the current rate policy of the Federal Reserve Board.

Even today, with greater transparency regarding the Fed’s rate-setting and open market operations policies, much effort goes into reading the trends and deciding what the collective market is expecting to happen in future periods.

Some “read” the rate curve and quietly plan based on what the market seems to be anticipating.

Others, in the business of guiding people and companies on their investments, do their own tea-leaf reading. One of the most aggressive “reads” right now recently came from Goldman Sachs, which forecasts four Fed interest rate increases for 2018, whereas many Wall Streeters polled by Reuters were forecasting only three earlier this year.

That is all at the short end of the rate curve. But banks live on the whole of the curve.

Many banks are currently in budgeting season and the flattened rate curve is a key concern, according to Vincent Clevenger, managing director at Darling Consulting Group. This concern is somewhat anticipatory, but Clevenger says that “we’ve already been living it.” Flat rate curves keep margins thinner, he explains, and while they don’t last forever, they can hang around for many months. (The Darling firm provides BE's regular ALCO Beat column.)

“The good news is that it doesn’t last forever,” says Clevenger. “The bad news is   that we have to deal with it now!” The flat curve will continue to exert much pressure on margins, he adds.

The combination of the flat curve and rates that, while rising, remain historically low, makes it harder for some banks to generate sufficient return on capital, Clevenger says.

Spread alone doesn’t tell the story. No matter what the rate on loans and the cost of funding, there are costs of providing loans and related services. With rates on business loans typically only in the high 3%s, Clevenger continues, some lenders have difficulty covering their overhead.

In late October FDIC’s most recent Quarterly Banking Profile reported that community banks’ average net interest margin came in at 3.65%. This was 19 basis points thinner than the third quarter of 2015.

And there isn’t necessarily one right answer.

“It’s hard to say that a bank should do X or Y,” says Clevenger. “Much hinges on the bank’s particular business model.”

The nomination of Jerome Powell, already a member of the Federal Reserve Board, has emphasized the rate question.

“Handicapping the Fed is always brought up in ALCO,” says Clevenger, using the shorthand for banks’ Asset Liability Management Committees.

Clevenger points out that Powell is widely viewed as a continuation of the Yellen regime. And even if he was coming from outside of Fed circles, Clevenger continues, and was something of an unknown, it’s important to recall that the Fed’s rate-setting process is a collaborative, consensus process. [Read The Prairie Economist blog, “How will Powell drive the Fed car?"]

“I don’t think anything will change drastically,” says Clevenger, “no matter who goes into the Fed chairmanship. There’s a lot of intellectual horsepower there, with a lot of different opinions on where rates should be.”

Clevenger’s own view is that the flattened yield curve will continue to bedevil the industry for a while. It is possible, he said, that this could change and that margins could wind up rising again, but a good many factors would have to come together for that to occur.

One frequent issue is funding. Many community banks have seen credit demand grow and the loan-to-deposit ratios have been rising, putting greater emphasis on liquidity, according to Clevenger.

Thus far, says Clevenger, FDIC data doesn’t indicate a materially increased level of interest paid on deposits, though many banks have seen a lower growth rate for deposits as well. Clevenger says the industry has pretty much had a “mulligan” for years, but that may not hold. He says he has seen some banks paying interest on business checking in order to hold on to deposits. For much of the last decade, banks enjoyed an abundance of such deposits with no interest paid.

Indeed, Clevenger wonders if 2018 will be the year when the industry’s deposit-cost “mulligan” goes away.

Different types of deposits, as well as different sources and customer types, can behave differently in response to market and rate changes. Clevenger thinks this is a good time for banks to invest in “deposit intelligence” on some level.

Ideally, a full-blown deposit study will give the bank a better appreciation of the dynamics of its deposit “population.” A key issue, says Clevenger, is assessing what the “flight risk” of various sources and types of deposits is.

Overall, he says, deposit studies can help banks determine how “sticky” their deposit relationships really are.

“It’s a way of getting a handle on evolutions going on among your deposit base,” Clevenger says.

Yet here and there new, or “rebooted,” themes pop up and Neil Stanley points to a couple of new twists that have been inspired by the ongoing rate challenge. Stanley is CEO and founder of The Corepoint consulting firm as well as president of community banking at Iowa’s TS Banking Group. [See his recent posting, "11 steps toward better CD promotion"]

One innovation that has had Stanley scratching his head a bit nonetheless has a growing number of adopters. This is the idea of paying interest completely in advance on CDs. Stanley says typically the deal works such that the saver brings the bank say $100,000, and after the account is opened, the institution pays the saver the entire interest payment at once.

Stanley is no fan of the idea in practical terms. Among other things, there are tax implications involved in receiving all that interest at once, he points out.

The intent, Stanley suggests, is to make the interest promised seem like more, in these still comparatively low-interest times for savers.

“This approach doesn’t change the economics,” says Stanley, “but it sounds cool. It’s a gimmick more than a reality.”

The existence of such a wrinkle, he says, illustrates that many bankers don’t know what else to try, short of beginning to pay higher levels of interest on deposits to hold onto funds.

Something that TS Bank has tried with some success is CDTwo, also called the “Smart CD.” This instrument gives the customer a CD that can run as long as 60 months. The accounts pay a fixed rate.

What makes these CDs stand out is this feature: Customers can withdraw their funds without penalty, and if rates have dropped, they may actually receive a bonus. This reflects the fact that the bank will be able to replace the deposit at a cheaper rate. This gives the bank some security and the depositor has flexibility with the potential for a bonus.

“It makes a CD more like a bond,” explains Stanley.

Bankers worry about meeting commercial customers’ rate preferences, says Stanley, but he believes that they should be able to accommodate them with indifference. The secret lies all in the pricing of the options presented to the customer.

In a rising-rate environment, borrowers often want fixed-rate commercial loans, seeking protection from where bank rates could theoretically go. While that’s understandable, says Stanley, borrowers must understand that the bank is a business as well, and must realize a return in line with its risk.

At TS Bank, he says, “we offer a fixed-rate option and a variable-rate option.” He says management has built the yield curve into its pricing. As a result, he says, the bank is indifferent regarding whether the borrower has a fixed or floating rate.

“We don’t care which they choose,” Stanley says. Customers, he says, want upside and they crave security.

“A good banker is charging them for that security,” says Stanley. “An astute banker is willing to do what they can for a customer, but profitably.”

Stanley puts some numbers to this by assuming a $500,000 loan. He would price that at 4.75% variable, which is about 50 basis points over current prime. If a customer wanted a fixed-rate loan, to obtain rate protection, he says, the bank would be willing to make that loan—at 5.57% fixed.

The bank’s profitability would be identical under either scenario, he explains, so if the customer is willing to pay for price protection, they can have it by selecting the higher-rate fixed-rate loan.

“Every situation is a little different,” says Stanley, but this illustrates the concept.

Stanley says bankers should bring similar thinking to the issue of caps and floors on the rates they charge commercial borrowers. Both forms of rate protection have a value to a party in the loan, and that value should be reflected in the deal’s pricing.

Following up on his advice concerning negotiating business loan rates, Stanley says he believes bankers tend to obsess about their loan interest rates, much more so than do their consumer and commercial customers.

The baseline is that depositors want higher rates, but borrowers want lower rates. The bank, as the intermediary, strives to balance between those poles, at a profit.

Stanley believes that many consumers and businesses will go with what seems fair, rather than literally shopping for the ultimate rate to the basis point. Often, he says, banks could have their business without needing to be quite on the cutting edge of rates. They just can’t be too far out of line with the competition.

Likewise, for depositors, a bank that does not keep up with market rates in general won’t keep them satisfied.

Being a bit off the market will work, to a point, due to other factors, but not, perhaps, “loyalty.”

“There are people who say loyalty is blind to price,” says Stanley. “Quite honestly, I wonder if that ever was true. That only happens with a monopoly.”

“Today’s markets are all over the place,” says Stanley. Now, he suggests, the most a banker can hope for out of loyalty is “right of first refusal.”

The threshold between being given that right, and having a customer simply move to another bank, says Stanley, is something banks must figure out customer by customer.

Beyond the art of frank negotiation with commercial customers over loan rates, bankers can now better avail themselves of hedging tools, according to Darling Consulting’s Vincent Clevenger. Traditionally, community banks especially have not felt comfortable using derivatives as part of the asset-liability management process, but Clevenger recommends a fresh look.

One significant change in this area is that the Financial Accounting Standards Board has made major changes in the accounting rules applicable to use of hedges, enabling banks to not only engage in cash-flow hedges but also now in fair-value hedges.

Clevenger says that past accounting headaches with this tool are reduced with the new rules.

“This is a welcome accounting change which gives bankers another tool to manage interest rate risk on their balance sheets,” says Clevenger.

As an example, he says that a liability-sensitive bank with a high concentration of longer-term fixed-rate mortgages could enter into an interest rate swap that would help protect the bank “against rising rates.”

“This strategy is not for everyone,” cautions Clevenger, and board members must be educated so they understand and are comfortable with what the bank proposes to do.

But for the right banks, he adds, using a golf analogy, “it’s kind of like being allowed to carry an extra club.”

More in this category: « How employee misconduct hurts banks Pressure isn’t coming off for compliance risk »
back to top