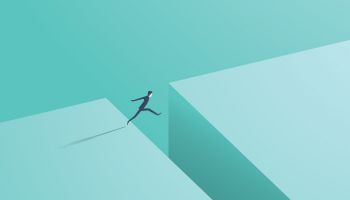 Don't let your lending engine run full-steam ahead or your bank might fall into the chasm, warns risk management veteran Ken Proctor.

Yogi Berra is famous for having said: “It’s déjà vu all over again.” Berra could have been a bank analyst. During my risk management career, I’ve seen banking crises caused by REITs; third-world debt; oil embargoes; variable deposit versus fixed mortgage interest rates; changes in tax laws on passive real estate investments; oil price collapses; and economic dips, including the 2008-2010 recession. It’s déjà vu all over again. I’m starting to see signs that remind me of the run-up to the last crisis. Let’s examine what’s out there.

The OCC’s Spring 2017 Semiannual Risk Perspective notes that the banking industry is at the point in the cycle where lending becomes highly competitive. This results in pricing concessions; loosening of credit terms and conditions; and increasing concentrations in commercial real estate (CRE). The report points out:

OCC also publishes an annual Survey of Credit Underwriting Practices. Recent conclusions support those in the 2017 risk report. For example, let’s compare recent surveys and those from a decade ago.

The 2015 survey noted an easing of commercial underwriting standards, reflecting trends similar to those seen just prior to the 2008 financial crisis. It noted a trend of increasing policy exceptions, predominantly centered in commercial products. Competitive pressures, abundant liquidity, and the desire for yield in a low interest-rate environment also played a part in eased underwriting standards and increasing credit-risk concerns.

In 2016, the OCC survey found continued easing and increasing tolerance for looser underwriting. This trend is consistent with past credit cycles.

Credit risk has increased since the 2015 survey in commercial and retail lending activities, and examiners expect the levels of credit risk in these areas to increase over the next 12 months. Primary areas of concern are aggressive growth rates, weaknesses in concentration risk management, deterioration in energy-related portfolios, and continued general easing of underwriting practices.

Back when crisis hit

These recent trends echo many of the regulators’ concerns in the run-up to the 2008 financial crisis. For example:

• The 2006 survey reflected a pronounced trend toward easing commercial credit underwriting standards and the volume of loans approved with exceptions to lending policies. Of particular concern was the increasing volume of term loans with nominal amortization required during the initial years of the credit. The survey also found that the banks were easing underwriting standards for residential mortgages and home equity lending, including reduced documentation requirements and more relaxed underwriting criteria.

After several years of increasingly accommodating credit terms, the majority of banks tightened underwriting standards for commercial and retail loans in 2008. Primary reasons for this included the overall economic outlook, the downturn in residential real estate, a changing risk appetite, and a decrease in market liquidity.

But the barn door could not be closed quickly enough, and the rest is history.

Case-Shiller data indicates that increasing prices are the result of a tight housing market. Both the number of homes for sale and the number of days a house is on the market have declined over the last five years. Currently, the months-supply of existing homes for sale is low, at 4.2 months. Housing starts remain below their prefinancial crisis peak as new home sales have not recovered as fast as existing home sales.

Prices are rising, but other affordability drivers are more favorable. The unemployment rate is below 5% nationally. Employment continues to grow at a rate of approximately 200,000 per month. Wages and salaries are growing at a rate just ahead of inflation. While up slightly from 2016, mortgage rates are under 4%. Consequently, it is unlikely that current home price trends will reverse quickly.

In 2015, the president of a subprime lender was quoted in the financial press as saying he had reviewed a number of rejected mortgage loan applications, and he would have approved all of them—as subprimes. Again it is déjà vu. Subprime mortgage loans were instrumental in driving the increase in housing prices during the 2004-2007 time period, peaking in 2005 at roughly 23% of total loan originations.

According to The Wall Street Journal, nonbank lenders accounted for about half the mortgages originated in the United States during the first quarter of 2017. Referencing data from Inside Mortgage Finance, the WSJ wrote that “Lenders say there is an untapped market among borrowers with good credit scores like self-employed workers who don’t have proper income documentation, or for responsibly made loans to borrowers with credit problems that have had bankruptcies in the past or had to sell their home for less than it was worth. If they are successful in recruiting brokers, lenders believe the market potential for both types of loans could reach $200 billion annually.”

Rising interest rates and borrowers with impaired credit are expected to increase the demand for subprime mortgages, and originations increased in 2015 and 2016. More lenders are entering the market for subprime loans. Lending Tree and major financial institutions are even offering zero down-payment mortgages.

(Admittedly, subprime loans today are not the same breed as subprime loans in 2006, but the implications are clear. As lenders seek more borrowers, they will resort to more “innovative” loans.)

At the moment, as Case-Shiller points out, the supply of housing is low and housing starts are below precrisis levels. Eventually, bankers will step in with developers to fill the gap with increasing levels of residential acquisition, development, and construction lending. This generally leads to a follow-on expansion of loans for retail shopping and then commercial office space. The cycle continues.

In addition to risk associated with residential lending and loosening of commercial loan underwriting standards, there are other areas where credit risk, driven by unique economic trends, is increasing. For example:

• Boom and bust in oil. Shale oil in western North Dakota’s Bakken field brought a flood of new workers to Minot and Williston. Tents and shipping containers were used as housing. In July 2015, there were 204 oil rigs operating in North Dakota. A year later, as oil prices slumped dramatically, there were only 30. Oil prices remain low and have negatively impacted not only North Dakota, but the economies of other states, including Wyoming, Alaska, Oklahoma, New Mexico, Colorado, Kansas, Montana, and Texas.

• Farmland falling. After a significant run-up since 2004, farmland prices have declined since 2012 as a result of declining crop prices and cash rents on farmland. Declining crop prices negatively impact states in the region, including Iowa, Illinois, Indiana, and Wisconsin.

• Retail rout. There has been an avalanche of retail store closings over the past 18 months. Some 7,000 store locations closed in 2016 and through mid-2017. Closures have been nationwide, negatively impacting jobs, local economies, and businesses—and CRE values.

So what can a bank do about all this? You can begin to mitigate increasing credit risk by taking the following steps:

1. Evaluate risk appetite. A great deal of lending expansion is the result of the reversal of conservative risk appetites adopted during the crisis. Given the economic issues that have arisen since 2015, it is a good time to review the credit risk components of the bank’s risk appetite statement, including types of loans, concentrations of loan types to capital, and estimates of potential losses. Revise financial forecasts based on this review to determine if management remains confident the bank will have sufficient earnings and capital to cover possible future losses and expenses of problem credits.

2. Review loan portfolio. Analyze the composition of the loan portfolio and identify exposures to significant local and nationwide economic drivers. Identify risk trends in the portfolio, such as concentrations with declining aggregate risk grades and other potential problem areas, such as loans with excessive extensions and renewals. Expand the coverage ratio of the independent loan review program, whether internal or external, and increase the level of loan officer reviews of credits in their portfolio.

4. Strengthen credit analysis. Adopt guidelines requiring that more loans be submitted to the credit administration for preparation of financial analyses, global debt identification, and global cash flow analyses. Review credit administration staffing to ensure they are qualified, capable, and sufficient to support lenders and any increase in work volumes.

5. Review risk ratings. Revisit credit risk rating systems. Many rating systems are too general. (Many are so general that it is impossible to distinguish between good-, acceptable-, and pass-rated loans.) Include more objective measures like specific ratios for capital adequacy, debt service coverage ratios, earnings ratios, etc.

Consider also who has the last word on ratings. In a well-managed credit risk environment, it should be the loan review or the credit administration department.

7. Manage problem assets. Many banks leave the collection and the working out of problem loans to the lending officers for too long. Adopt guidelines for involving an experienced loan workout officer with the lender in developing a plan to improve credit. Ensure that specific objectives are included in any plan agreed to with the borrower. If those objectives are not met, transfer the loan to the workout team. Develop problem asset plans, and review these action plans regularly with the loan committee.

Review how well you are really protected. Ensure the bank has an enforceable claim for repayment or to cease and liquidate collateral. Review covenant compliance and take care to ensure the bank’s rights to enforce these covenants are maintained. If a borrower does not meet all covenant requirements, notify the borrower that the bank recognizes this and has not waived the future enforceability of its rights.

9. Evaluate loan loss reserve. Make sure that procedures for identifying and accounting for impaired credits are in place and effective. Review the qualitative factors used to adjust the reserve. In my experience, banks often adopt economic and other qualitative adjustment factors that allow them to manipulate the balance in the reserve. The “2006 Interagency Policy Statement on the Allowance for Loan and Lease Losses” recommended nine qualitative factors.

Credit risk can’t be avoided entirely, but as economic conditions change, it is prudent to evaluate the bank’s credit risk management practices, procedures, and controls. As we’ve seen, the lending engine at some banks continues to run full-steam ahead until the tracks end abruptly, and badly, rather than slowing to a stop. 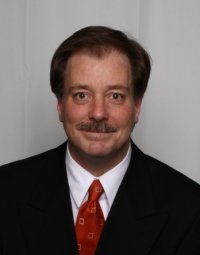 Ken Proctor is CEO & Executive Director of Cadre Strategic Risk Management, LLC. During his 40-plus year professional banking and consulting career, Proctor has served as an internal consultant with a major regional bank; held responsible management positions in the auditing departments of two southeastern regional commercial banks; and worked as a public accountant. He created and managed the Risk Management Practice areas for Brintech, Inc. and Sheshunoff Management Services, during his tenure with those firms. He also served as a senior consultant with two international risk management-consulting firms. Email Proctor at [email protected]

More in this category: « New risks irk as efforts intensify How employee misconduct hurts banks »
back to top