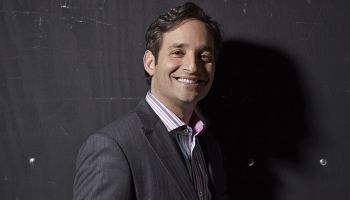 Not many convention speakers can pull off a double-play like this. Entrepreneurial missionary Josh Linkner gave a keynote address at two national community bankers conferences within three weeks of each other. The author of Disciplined Dreaming, and The Road to Reinvention spoke about how banks can create a culture of creativity to stay relevant amid the swarm of disruptive nonbank competitors. Linkner made his presentation at both the ABA National Conference for Community Bankers in mid February and the Independent Community Bankers of America’s Annual Convention in early March.

Linkner delivered a fast-paced presentation spiced with anecdotes, video clips, and a five-point plan to improve your creativity. Though the presentations were similar, this article is based on Linkner’s presentation at the ABA meeting.

Linkner, who has been a four-time tech entrepreneur over the past 24 years (he’s only 45), made a point apropos to leaders of a mature business—as most banks are: “No matter how good your earnings are, you can’t take your eyes off the future.”

Today, he continued, “the creative is taking on and beating the complacent.”

To illustrate that point, Linkner didn’t single out a bank, but a giant consumer products company—Gillette, which has a 70% market share in razors.

“People may wonder, ‘How could you possibly compete with Gillette?’” said Linkner. But a handful of small creative players leveraging the internet is doing just that quite successfully. Linkner focused on Dollar Shave Club, propelled to success almost overnight with the release a low-budget, humorous and offbeat video.

The point is that banks—whether giants or community institutions—are established, traditional businesses, the kind ripe for disruption. And that is just what is happening as dozens of web-based “fintech” companies make inroads in banking.

Linkner offered bankers a way to combat the disruptors by fighting complacency. He stressed the importance of encouraging “everyday innovation.”

Based on the research he conducted for his books, Linkner identified “five obsessions of innovative leaders.” He emphasized that these principles should not be viewed only in terms of big, transformative ideas, but also in regard to “little stuff”—“everyday opportunities and challenges that you face.”

1. Get curious. Curiosity is the building block of creativity, said Linkner. “How do you apply that practically when we you’re focused on getting things done?” Pause frequently, he said, and ask questions about the challenge or opportunity you’re facing, questions that ideally start with “Why?”, “Why not?”, or “What if?” This forces you to challenge conventional wisdom to focus on what can be instead of what already is.

For example, in regard to the story about Gillette, Linkner suggested asking, “Why aren’t razors sold online?” And when someone says, “Razors are never sold on a subscription basis,” ask, “Well, why not?”

Linkner related how comedian Louis C.K. throws out his material every year and starts with a blank page. He does so to stay fresh to remain relevant and creative. Software companies are great at this, Linkner noted. Why not apply that same blank-page approach to everything you do, he suggested, whether it’s the way to open an account or the way to reorder checks.

2. Have a craving for what’s next. In any organization that’s been around a while it’s easy to fall into the trap of being protective of what led to previous success, Linkner observed. It’s human nature to reference what worked in the past and reapply it. That’s not going to work in a time of rapid change, as now, he added.

To reinforce this idea, Linkner talked about how “Coach K” (Duke head basketball coach Mike Krzyzewski), the most successful coach in college basketball history, calls out, after every single play, “Next play.”

The thinking, said Linkner, is that if you’re thinking about what just happened—good or bad—“there’s no way you’ll be fully engaged in the task at hand.”

He also urged banks not to focus on “best practices.” By definition a best practice is something that happened in the past, and the shelf life may be shorter than you think because of the rate of change.

Instead, focus on the “next practice.”

3. Defy tradition. “Ask yourself,” said Linkner, “is there a better path forward? Can you defy tradition to yield a better outcome?”

By way of example, he used the simple glazed donut—at 50 cents apiece, it’s a symbol of a commodity. French baker Dominique Ansel invented the “Cronut,” Linkner related—a gourmet donut. People line up at his bakery in New York City to pay $5 for one. Many people, he continued, view retail banking as a commodity. “Ask yourself, are you doing it the donut way or the cronut way?”

Linkner suggested that when you come up with what seems to be the obvious or traditional solution, flip it upside down in order to uncover a better result. You can’t change FDIC insurance, he said, but you can change the customer experience.

4. Be scrappy. It’s not about resources you have but about grit, determination, tenacity, resilience.

Linkner talked about “MacGyvering” something—a phrase drawn from the 1980s T.V. show “MacGyver.” In other words, solving a complex problem in an unorthodox way with limited resources, just as actor Richard Dean Anderson did in the series using duct tape and a paper clip to escape a tight spot.

“Isn’t that what you do every day running a community bank?” asked Linkner. Make up shortfall with human creativity and the ability to reimagine the possibilities.

He showed a DHL guerilla marketing video produced at low cost involving a clever way to get competitors to get their message out for them, because they couldn’t afford a huge ad campaign.

5. Adapt fast. Too often we think we’re faced with a choice between coming up with a game-changing idea or doing nothing, said Linkner. “Then we say, ‘This is too risky,’ so we do nothing.”

Don’t worry about the game-changer, he counseled. Just look at what’s out there and ask how can you adapt quickly, even just making little tweaks to existing products or services.

He told the story of Tom Lix and Cleveland Whiskey. Lix was an entrepreneur about to lose his house after his previous venture collapsed, Linkner related. He had always been interested in making whiskey, however, he realized that making good whiskey takes years of aging in oak barrels, and he didn’t have years. But then, said Linkner, Lix asked, “Why does the whiskey have to age in barrels? What if we put the barrels in the whiskey?”

Lix chopped up barrels into pieces and immersed them in raw whiskey in stainless steel tanks and applied pressure. Lix’s whiskey is ready in one week. He dubbed it “Cleveland Whiskey,” said Linkner, after his home town and priced it at a premium to other brands. The stuff is flying off the shelves.

Said Linkner, this story sums up all the five obsessions of innovative leaders. He challenged the community bankers to come up with one idea for creative disruption. It will create momentum, he said, because ideas are contagious.

In answer to a question, Linkner said, “There’s the old saying, ‘We don’t want to cannibalize our business,’ but I’d rather be the cannibal than be eaten up by someone else.”

He also said, “If we only rely on what worked in the past, we’ll run into a real problem because other people are innovating at a radical pace.” The better approach, said Linkner is to ask: “How can we put ourselves out of business by approaching work in another way?”

More in this category: « Paying with shoes, sunglasses, and handshakes Larger than life, and not even there »
back to top