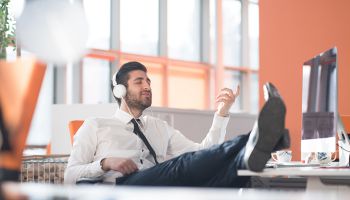 The return of something more like "normal" for new-bank chartering has expert Jeff Gerrish tuned to a new rythym.

Music to my ears. I received a call and a subsequent visit the other day from an outside director of a community bank that our consulting and law firms had served as financial advisor and legal counsel in connection with its sale multiple years ago.

This was a pretty good-sized community bank sale, and this particular individual was a fairly significant shareholder of the bank. (This is the polite way of saying he received a significant chunk of change from the sale.) He told me that he has managed to hold onto a good portion of his money from the sale and would like to utilize part of it to form a new bank in his community.

Is the drought ending?

I say “historically” because that is what had happened pre-recession. Post-recession, we have had a total of 11 new banks formed since 2010, and 18 applications pending. (Technically two of them have been approved and three were filed a number of years ago—which means “no,” by the way). Contrast this to the 100+ banks formed per year in the 2000s.

The short of it is that this call was music to my ears. I am a strong proponent of community banks, and this individual— who is going to lead the charge and be the chairman of the new bank—wanted our consulting and law firms to assist him, which we are happy to do on a turnkey basis. His question to me was, “Where do we start?” Again, music to my ears.

If you or someone you know is hankering to start a new bank, you might pick up some tips from my conversation with this would-be bank chairman.

So, where do you start?

I gave him a couple of suggestions.

One, we need to put together an organizing group. He said he will likely go back to his directors and principal shareholders of his former bank, with whom he has apparently already had some preliminary conversations.

The second thing I suggested is we begin to identify who is going to run the bank. In connection with any new bank, the most critical factor other than capital is management. From a management standpoint, what the regulators are looking for is both seasoned directors, which this group will qualify as, and seasoned management, which I anticipate they will be able to identify without too much difficulty.

• If the bank is going to be a national bank, then approval of the Office of the Comptroller of the Currency is necessary to grant the charter. (There has only been one national bank chartered since 2010, with three more applications pending.)

• If the group is going to form a state-chartered bank, then the state’s banking agency must also approve the state charter.

However, no bank will be opened in the U.S. unless FDIC approves deposit insurance. Of note, FDIC has received significant criticism post-recession for its failure to timely process deposit insurance applications. In other words, the perception—and reality—was they simply made chartering a new bank too difficult.

Side note: This is understandably the case. FDIC got burned from a deposit insurance standpoint as a result of the failure of multiple de novos during the Great Recession. As a result, FDIC has been a little bit gun-shy on chartering new ones.

FDIC indicates that there is no need to have professional help associated with the application, from someone who has been experienced with de novos over the years, my advice to anyone contemplating forming a new bank is “don’t try this at home.”

Also, worth noting, don’t let someone else try it from home.

If you do, you will spend significant resources trying to fix what some well-intentioned but uninformed and inexperienced individual has done. Your financial and emotional wherewithal have better uses.

Take start-up capital, for example. Banks currently “in organization” (that is, with applications pending) show maximum capital to be raised of between $20 million and $100 million, with the median being $27.5 million. With that much capital in play, it is, in my professional opinion, foolish to have an inexperienced individual prepare the de novo application.

Even with the FDIC handbook and process in place, the de novo journey can be lengthy. The handbook states that applications will generally be acted on within four to six months after acceptance, which could take one or two months or more depending on whether the application is considered complete at submission. Prepare for six to nine months minimum in addition to the time spent preparing the application and business plan.

(That assumes no hiccups or unforeseen issues.)

(Hint: There are always hiccups or unforeseen issues. Bottom line, make sure to get the right help.)

I say none of this as discouragement. As noted at the top of this blog, the whole conversation with this individual was “music to my ears.”

The best thing for the community bank industry would be to have more de novos. I am optimistic that although there probably will not be a flood, there will still be more than a trickle.

More in this category: « Rolling snowballs, black swans, and bank liquidity 5 family bank myths that must be shattered »
back to top