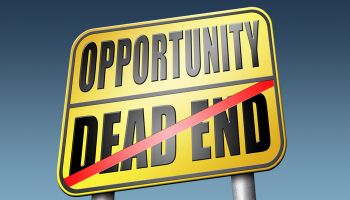 Blogger Jeff Gerrish, a leading banking attorney and consultant, sees a bright future for community banks. Do you agree? Or is Gerrish dead wrong? Share your thoughts in the comment section below this blog.

Over the last few weeks, I have heard a number of industry pundits lament about the future of the community banking sector of the financial services industry. To be honest, “whining” is a more appropriate description.

• “We have too much regulation.”

• “We do not have enough capital for Basel III.”

I do not mean to sound blasé about significant issues in the community banking realm.

Regulation, interest rates, and capital are all items that impact bank operations and should be addressed strategically.

That said, the reality is the community banking sector of the financial services industry is doing pretty well. It has a darn good future.

So why all the sad noises?

I totally discount all of those “experts,” most of whom are trying to get you to sell your bank, saying your bank cannot survive unless it is “x” size in total assets—“x,” of course, being approximately twice what you are now.

The issue is not and has never been one of survivability. Even the smallest banks in rural areas have survived and will survive just fine.

Does that mean community banks will not survive?  Absolutely not.

In reality, most of us have worked through those issues over the last 30 years and will continue to do so.

So, the question is not “Will we survive what is going on currently?”

The question is, “How do we improve profitability amidst the changes?”

“So Jeff, why are banks going away?”

Again, my intention is not to downplay issues in the industry.

What is causing that consolidation?  Is banking a “bad industry”?  No.

So, of course there has been consolidation. Does that mean we are going to consolidate out of existence?  Not a chance.

Let’s look at some “sub-species” of community banks:

1. Subchapter S banks: In the community banking sector, approximately 3,000 of the 6,000 banks currently in existence are organized as Subchapter S corporations. This, by definition, means they are fairly closely held. These institutions are not going to go anywhere as long as there is ownership transition and management succession in place.

By the way, most of these institutions are simply cash cows for their shareholders with return on equity in the teens and lots of excess after-tax cash flow. No “expert” anywhere could convince me those institutions will not survive.

2. Public banks: Even community banks that are public companies will do fine as long as they get some benefit out of that public status. This generally means sufficient market liquidity for their shares and access to the public capital markets. Those institutions will continue to grow, increase their economies of scale, and remain profitable.

In other words, they will be just fine too.

Be careful what you let folks sell you

In my opinion, the whole death/terminal illness of the community banking industry is nonsense.

It seems to be promoted by groups with select special interests that would love to have you combine your bank with some other bank so the group can make some money off of the deal.

Don’t get me wrong—yes, our consulting firm and our law firm advise and consummate a significant number of community bank acquisitions every year.

The difference is, we do not approach those deals with the idea that you must sell.

We approach it with the idea that you need to remain independent. If, however, the sale is simply in the best interest of the institution and its shareholders, then we will do our best to structure a deal that maximizes value for our client.

The bottom line is I strongly believe in community banking. No amount of regulation or downward-pressure on margins will ever convince me that the industry is at death’s door.

More in this category: « Time to retire? When a shareholder wants to sell… »
back to top