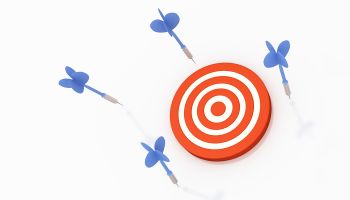 Banks sell for a variety of reasons. Some traditional reasons are lack of financial performance, lack of management or board succession, and lack of share liquidity. Post-recession, a new reason to sell is that the board and management “have had all the fun they can stand.”  No matter the reason for entering in the market as a potential seller, it is imperative that bank management and the community bank board take their time to ensure things are done right.

The following are five common mistakes that selling institutions make.

1. Focusing on ratios rather than value.

Community bankers, in particular, are obsessed with discussing a bank’s purchase price as a multiple of earnings or a multiple of book value. Each of these ratios is fairly simple to calculate, and they provide a straightforward comparison for deals in the future.

The problem with these ratios is that they do not necessarily represent a bank’s true value and are simply an “after the fact” reporting mechanisms once a selling institution announces its purchase price.

Book value multiples and earnings multiples are not an indication of true value.

In fact, if a community bank approaches me and says, “I would be willing to sell my bank for 130% of book value. Is that a good deal or a bad deal?” I would not be able to give them an answer.

If the bank had 7% capital and pristine asset quality, I would probably say that was a bad deal. If it had 15% capital and a little bit of “hair,” I would say it is a fantastic deal. It is very difficult to tell by book value or earnings multiple whether a deal is a “good one” or a “bad one.”

The “gasps” in the audience were audible.

Then I told them that the reason the multiple was so high was the bank had no earnings (chuckle).

During the Great Recession, earnings multiples were not even reported for most bank sales because they simply weren’t meaningful. Again, these are simply after-the-fact reporting mechanisms.

The earnings multiples being reported recently appear to be quite high, primarily because the banks’ earnings, for the most part, are still somewhat impaired.

Get behind the ratios to determine whether what is being offered for your community bank is a good deal or a bad deal.

Focus on value, not metrics and ratios.

2. Believing a merger of “equals” exists.

Ideally, every institution in the M&A game finds its “soul mate”—that institution with a similar long-term vision and needs that align perfectly with what the other bank has to offer.

First, the accounting standards (FAS 141R) require a purchaser to be designated.

I am not suggesting that a selling community bank should not look for the perfect fit. It should.

That said, I have seen many community banks turn their nose up at a good deal because they were getting “bought” by another institution. Ignore pride. Make a decision based on what is best for shareholders.

During the Great Recession, banks were failing regularly. That economy placed a lot of downward pressure on what the market was willing to sustain from a price standpoint. This meant that a healthy seller was likely not going to get a “good” price. There were simply too many uncertainties and too much failed bank competition going on with respect to prospective purchasers.

Unless selling is the only option left, the board of directors should approach the negotiating table with great care. Will profitability improve?  A bank that has a 0.5% return on assets may be a more attractive target in two years when its return on assets is 0.8%. Is a succession plan in place?  If the CEO is going to retire in three years, you do not want to wait to market the bank until he or she is out the door.

The decision to sell requires strategy.

If circumstances would be substantially different in the bank’s favor in two or three years, then the board should seriously consider whether now is the time to put the bank on the market.

The board also needs to consider timing from the standpoint of what purchasers might be available.

Let’s say the primary purchaser is another community bank that has been knocking on the door. The board, on behalf of the shareholders, rebuffs the overtures from that community bank. Then that bank will likely deploy its capital in another direction and may not be available when the seller is ready. Most community bank buyers will only be able to do one transaction every few years.

4. Failing to conduct due diligence of the buyer.

If the selling institution’s shareholders will receive shares of the buyer’s stock as consideration, then the seller needs to ensure that the buyer’s operations and financials do not raise any red flags that pose significant risks to the seller’s shareholders after the acquisition.

Even in an all-cash deal, the board of directors’ concern is not only whether the cash price per share is in the shareholders’ best interest, but also whether the purchaser can consummate the transaction. Are there any impediments to regulatory approval?  Can the purchaser obtain the cash?

5. Failing to utilize their professionals.

Many bankers have run their banks successfully for decades, but they have never engaged in a merger or acquisition transaction. While your institution’s accountants, lawyers, and consultants may not have run your bank’s operations for 20-plus years, they have (or at least should have) significantly more experience in structuring a successful sale.

Utilize your professionals. Get people who know what they are doing, understand the industry, and have achieved good results in the past. Yes, transaction costs will increase, but I have seen many transactions where spending several thousand dollars on the right professionals added multiple million dollars to the deal’s price tag in favor of the seller. That is a good investment in anybody’s book.

More in this category: « Acquirers’ top 5 merger mistakes When M&A gets personal »
back to top