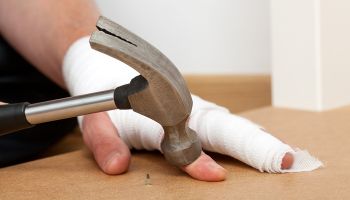 The Law of Unintended Consequences: I’m not sure it’s actually a law, but it probably should be.

Just like Murphy’s Law, it seems to present itself frequently. Especially in post-Dodd-Frank banking, but not exclusively.

You wonder about the law of unintended consequences.

You worry about unintended consequences.

Are you beginning to get the picture? If you work in Compliance, I’m telling you your life, I suspect.

For instance, the past year has been filled with much talk about predicted unintended consequences from the new mortgage regulations that became effective in January (and prior).

Many of us in the compliance world have been talking about small community banks discontinuing making mortgage loans altogether or severely curtailing mortgage lending in certain communities. That was not one of the intended consequences of the Dodd-Frank reforms. Dodd-Frank was intended to eliminate the abusive, predatory mortgage lending practices.

What unintended consequences are you seeing?

Maybe it is too early to know what all of the unintended consequences, if any, the new mortgage (and other) rules have precipitated.

What unintended consequences have you seen?

Not just with the Dodd-Frank law, but also with other compliance regulations?

Please post these in the comment section below, rather than emailing them to me or the site’s editors.