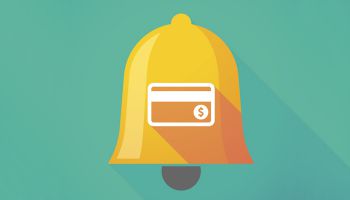 If you are a community bank and you have been relying on non-interest income to help drive your earnings, you have learned that during 2016 your interchange income dropped big time.

If you have not been watching your interchange income, you just got a yearend wake-up call in your general ledger account.

Of course, this wake-up call was followed by the question: What’s going on here?

Or words to that effect…

Your first response is to pull the interchange reports from your processor, run the numbers, and try to figure it out. Next, you call your brand—MasterCard and/or Visa—and ask them, why?

They send you back to your processor.

Sound familiar? The most common response you receive is that the Durbin Amendment of Dodd-Frank is the culprit.

Not so fast! There is more to this trend—and you are not going to like it.

Taking a step back in time, the Durbin Amendment was a compromise that capped the interchange income of banks greater than $10 billion in assets.

The intent was to preserve the income stream for community banks, but cap the massive interchange earnings of the large banks. Right or wrong, it is what it is.

The second compromise of the amendment was to provide merchants a cheaper routing option for pinned debit card transactions.

Hence the two PIN-POS choices on the debit card, and from my perspective, that’s fair.

The real culprit, however, is at the processor, with PIN-less debit programs and the re-direction of signature transactions away from the card networks and through network switches and paying less. [See my earlier blog, “Signature Preferred not available here!”]

The net negative impact on your interchange income impact is huge.

A typical volume split for our clients who implemented a signature preferred debit program had signature at about 80% of the total transactions, generating a tremendous amount of income. At least, that’s how it was.

However, with the PIN-less debit programs promulgated by processors gaining traction we have seen the signature percentage drop down to less than 65% of the total transactions or more.

And the trend is continuing. Processors have changed the parameters and rules in order to divert even signature transactions through the PIN-POS networks thus reducing your interchange income.

And we know how. More about that in my next blog in this series, "Did you actually read your debit processing contract?"

Tagged under Payments, Blogs, Beyond the Bank, Cards, Feature, Feature3,

More in this category: « The Wombat runs for office Did you actually read your EFT network rules? »
back to top