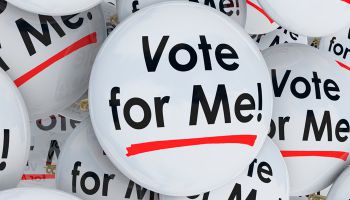 I was captured and held hostage by the political bug during this last election cycle.

Yes, I threw myself in as a candidate for a local office and dragged my family and friends along for the ride.

We were mobilized, had a handle on the issues, and campaigned door to door. The experience came with many of the accessories of major campaigns, writ smaller, of course.

Of course, we needed money… really! It was a local race, not national or state-wide, so we focused on our neighborhood and friends.

We had wine-and-cheese parties, beer-and-pretzel parties, and even beer-and-wine parties, all focused on raising money.

I asked for sponsors, for hosts, and to use the homes of our friends. I quickly learned that giving money for any cause was far easier than asking for it, particularly when it comes to a political cause. No doubt!

Oh, the experience, and it was a great experience!

Going door-to-door canvassing was hard work every night, but we were able to meet a bunch of concerned folks, talked to them about the issues. Conversation always garnered hope, the belief that we all had a voice, and the opportunity to exercise our vote.

I had great support from my spouse, Becky, our kids, daughter-in-law, friends, associates, and the party every night, knocking on doors, taking notes, saying thank you and asking for their vote.

Every victory requires a loser

The truth of the matter, though, was that on Nov. 8, we went down in flames!

It was a slaughter in one sense—and a huge victory in another. Yes, we lost, and that is not a good feeling. On the other hand, we won because we were able to run.

I always wanted to do that, even though my wife would ask me, “Why?” I never could give an answer that would satisfy her, but we ran anyway, and what an experience it was.

It was hard work, but it was fun. We had a great campaign team, and my running mates were a real joy to work and run with. I will never forget the experience, nor the cold reality that my opponent actually received more votes than I did.

Now I kind of know how McGovern felt the day after.

My own personal victory

What did we learn? That we have a system that works. It doesn’t always come out your way, but it does come out.

Can we all have a voice and exercise it? You’re darned right we can!

As candidates, we have the opportunity to show our mettle, our leadership, to be gracious in victory and defeat, to support the system we defend, and to set an example to those that will follow behind you.

I can check all of those boxes and I can say thank you.

It was a great experience that I will not soon forget!

Tagged under Blogs, Beyond the Bank, Feature, Feature3,

More in this category: « Signature Preferred not available here! “This is your debit card wake-up call!” »
back to top