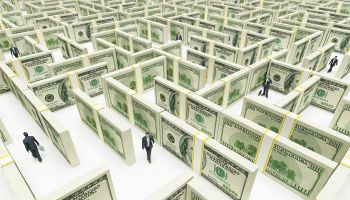 Barflies Norm and Cliff  were always commenting on everything, while lacking any insight at all. A comedy is done for laughs—AML criticism without facts is not funny, nor useful.

During the past several weeks there have been media stories on AML actions and the continuing questions as to why financial institution officials are not being put in jail.

For me, all of this came to a head last week, when I saw a government official being quoted that “banks still need to do more.” An even sillier exchange on a listserv held forth that somehow law enforcement is denied access to information for investigating financial institutions. The point was made that all fines and penalties are not a deterrent to strong compliance.

Like movie critics that enjoy panning a film, these so-called commentators offer no recommendations other than platitudes.

Just what do banks need to do? What is the balance between regulatory requirements and law enforcement needs?

Perhaps it is time to “get out of this place” and actually attempt to review, restructure, and improve the vast array of money laundering laws and regulations and decide, once and for all, what the goals of these requirements really are.

Information sharing—what are the rules, anyway?

Some may suggest (or even say) that my points above imply that I absolve financial institutions from the reputation damage that clearly occurs when dramatic fines are announced. Come on, no AML veterans find institutions blameless for program deficiencies. But where do you direct your response?

In the JPMorgan Chase case, there were issues with the bank communicating throughout the institution. Whether you consider the legal obstacles to information sharing as relevant here, there is no question that global financial institutions are unnecessarily hindered from complete transparency regarding the filing of suspicious transactions.

We need a major project with law enforcement, regulators, and the private sector to “fix” this information-sharing mess.

“Banks Must Do More”: Exactly what would “more” be?

Lack of a strong culture of compliance is completely unacceptable in 2014 and it is up to AML professionals in both the private and public sectors to show leadership in new and innovative ways.

But they also asked what financial institutions were experiencing regarding financial crime. CEOs do not need to hear why reporting and programming are important. Their staffs should be telling them and their boards of directors on a regular basis. But it helps when the government explains how they utilize information to attack criminal activity.

I have consistently advocated for outreach and ongoing communications, but it is perhaps more important now than ever before.

A number of AML professionals have also confided in me that there remains a confusion as to what is required when they meet with their examiners.

I know many will say we have an FFIEC AML Manual and many regulators express their regulatory opinions at conferences and seminars throughout the year. All of that is true. Yet all that fails to acknowledge that many examiners lack a firm understanding of both systems and what is really important: Getting information into the hands of law enforcement that is useful and can lead to successful investigations.

To remedy this inequity—and to stop the carping from the proverbial “sidelines”— let us put together a real “summit.” That meeting of minds would bring together financial institution officials; regulators; vendors, who are the ones best equipped to explain system possibilities and limitations; and law enforcement officials, who are the ultimate beneficiaries of information designed to stop criminals from using financial institutions to move illicit funds. This summit needs to be crafted by all and not just the government. I also think that obstacles such as hiding behind the Administrative Procedures Act can be addressed.

If we are serious about improving compliance, reporting and AML commitment, what is preventing this from occurring?

As Quincy Jones said in the mid-1980’s when creating “We are the World”—leave your egos at the door.

* “We Gotta Get Out Of This Place” was a Top Ten song by the Animals in 1965. This “place” for me is criticism without direction. As Daniel Patrick Moynihan, a true American statesman, once said: “You are entitled to your own opinions, not your own facts.”

More in this category: « “Moving Ahead So Life Won’t Pass Me By” * “Set That Baggage Down”* »
back to top