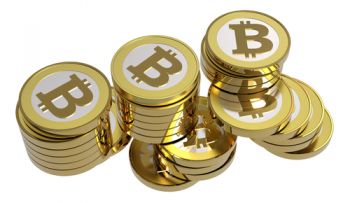 "Bitcoins," generated by a computer algorithm and not backed by any government entity, represent a fresh challenge for bank's Bank Secrecy Act/Anti-Money Laundering staffers.

Those of us in the AML compliance field (notice I didn't say "space," by the way) for any lengthy period of time tend to see emerging issues as parallels to previous events, policy debates, or other challenges. The "virtual currency" debate is one such category.

Liberty Reserve, registered in Costa Rica, has been found by Treasury to be:

"... a preferred method of payment on websites dedicated to the promotion and facilitation of illicit web-based activity, including identity fraud, credit card theft, online scams, and dissemination of computer malware.  It has sought to avoid regulatory scrutiny while tailoring its services to illicit actors."

There have been other law enforcement cases brought against similar non-regulated currency such as e-Bullion and many recent conferences and seminars (including our own) are trying to get our collective compliance arms around what we need to do and what guidance will the government (s) provide.

What we need to avoid here is not so much an overreaction but a lumping of all of these products into the same so-called regulatory "bucket."

I'm not downplaying the issue--non-regulated currency is a very serious matter and will be embraced by criminals, so there needs to be a response.

But, again, care must be taken. If we do have a "one-size-fits-all" policy response, I can envision another money services business type reaction, where legitimate and well-run institutions will be prevented from having access to traditional banking relationships.

controls they had or were implementing. The government has improved the oversight of MSBs but sadly some have been lumped in with more problematic financial institutions and are still struggling to improve their collective reputations.

The point here is to read, research, and be rational in your dealings with these products and entities.

Looking back at recent guidance

In March 2013, FinCEN issued guidance on how to address virtual currency within the existing regulatory structure. The agency made clear that intermediaries in the transfer of virtual currency must be registered as MSBs unless an exception applies.  AML professionals need to stay in front of this moving regulatory area. Understanding how these products are used is a key.

For example, another well known virtual currency--Bitcoin--has received quite a bit of attention in the mainstream media. (Note, ACAMS members know that we had a very helpful article on understanding the basics of Bitcoin in our March-May 2013 edition of ACAMS Today.)

Bitcoin also is not governed by a central regulatory authority and does allow anonymous movement of value. So there is strong potential for this system to facilitate the easy transfer of funds from illicit activity.

In fact, I was recently in the audience at a global financial crime conference where every presenter (and many in the audience) bemoaned the recent popularity of Bitcoin. They spoke of how they would oppose their institution's working with Bitcoin exchangers.

View from the trenches

Sensing that there did not seem to be another side to this issue, I reached out to an institution that works with a few select Bitcoin exchangers.

The AML/Financial Crime lead at the institution told me the following:

"It's not enough to only know your bank's customer when dealing with these ‘highest of the high-risk' business types, we have to go further. We have to make sure our client, be it an exchanger or a supplier platform, is operating with the same level of AML controls to which banks are held."

He added that with Bitcoin, in every single purchase, exchange, or creation there is a digital tie back to the previous owner. So, he argued that "the vulnerability lies in the dealer/exchangers not performing CIP/KYC properly upfront when setting up accounts for their customers and allowing obscurity or anonymity in the purchases or exchanges."

"If proper CIP is performed," he insisted, "Bitcoin is completely safe."

For this banker, it is back to basics: CIP, KYC, and suspicious activity monitoring. His conclusion is that "it will be difficult for IRS and FinCEN to police everything. The banks and Bitcoin clients need to enforce it."

Whether that is true or reasonable I leave to others--we all need to continue to stay in front on this challenge-so "People Get Ready."*

*Rolling Stone called "People Get Ready" the 24th greatest song of all time. It was penned by Curtis Mayfield and covered by a vast array of artists, including three different versions by Bob Dylan.

More in this category: « You can't always get what you want but if you try sometimes you get what you need! What a Fool Believes… »
back to top