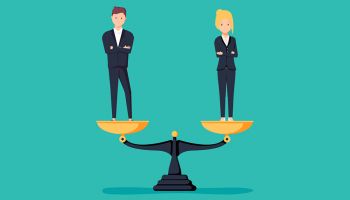 Research by Small Business Prices studied how countries have made progress when it comes to overall worker’s rights. While Europe has consistently led the way in this area for decades, Luxembourg and Belgium in particular score high on closing the gender pay gap.

Belgium had a 4.7% percent gender pay gap, with Luxembourg coming in at the lowest at 3.4%. In contrast, Korea came in on the highest end of developed countries with a 36.7% pay gap. The two countries also scored a 6 out of 10 in terms of life satisfaction, which places the countries in the top six with the Netherlands, the Czech Republic, Switzerland and Denmark.

When asked about the survey, Ian Wright from SmallBusinessPrices.co.uk stated, “For an employer or business owner, finding the right balance is important for maintaining a healthy company culture. There are still large disparities between men and women in positions of power, but the research reveals how different countries are working towards a solution and improving the importance of work/life balance overall.”

The Nordic countries also did very well on the survey, with Sweden taking the lead on parental leave and Norway leading on gender equality at the board level. Mothers in Sweden can expect to get up to 69 weeks in maternity leave, while fathers receive around 14 weeks in total. Parents can get up to 54.9% of their wages covered during leave.

In 2007, Norway’s government introduced a quota which meant companies needed at least 40% of women to be on the board for businesses in an attempt to address gender imbalance. Belgium only scored 5.9 out of ten on the parliamentary and boardroom diversity score.

The Netherlands had the shortest working week, with only 29.2 hours which is no doubt why it tied for the top of the list on work satisfaction.

Interestingly, while banks are known for long hours, the countries mentioned at the top of the list such as Switzerland and Luxembourg also have a very strong banking industry. Additionally, these countries are well known overall for excellent financial services such as pension fund management, which shows that job satisfaction and minimal gender pay gaps does not mean sacrificing quality of work.